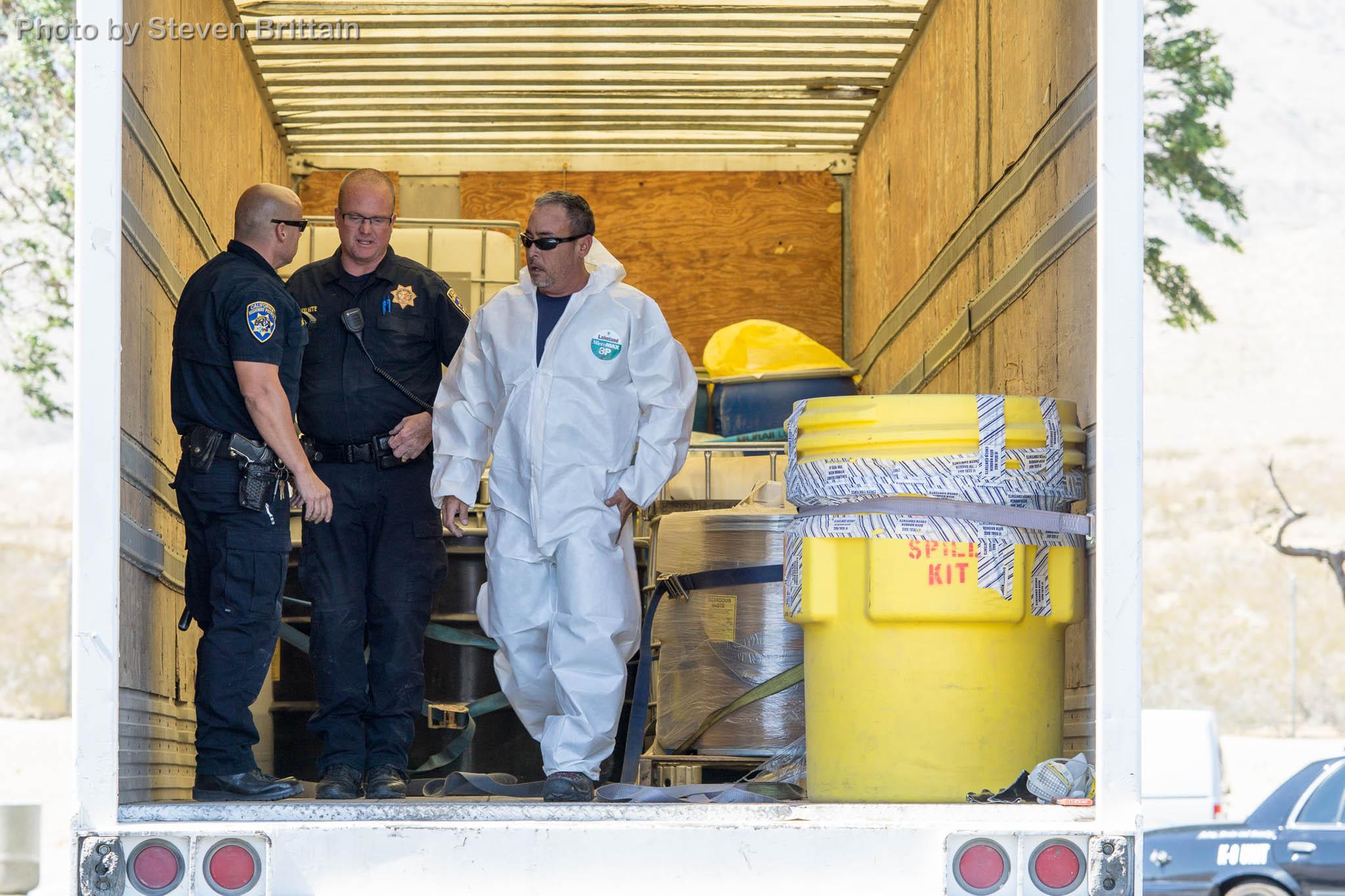 According to a Sheriff’s press release, on Tuesday, September 13, 2016, at approximately 8:44 a.m., deputies from the Victor Valley Sheriff’s Station were advised that a semi-truck and trailer that had been reported stolen out of Barstow was in the area of the 24900 block of Cahuilla Road in the unincorporated area of Apple Valley.

The semi-truck and trailer had been reported stolen to the Barstow Police Department. The tractor trailer was equipped with a GPS device which led deputies to the area of Cahuilla Road. Deputies located the truck and trailer and attempted to conduct a traffic stop. The driver failed to yield and a pursuit began. The pursuit proceeded onto Interstate 15 travelling south. The California Highway Patrol took over the pursuit in the area of Oak Hills.

The suspect, James Edgley, exited the semi-truck cab and was taken into custody by Officers of the California Highway Patrol without incident. Deputies from the Victor Valley Sheriff’s Station immediately responded to the rest area and took custody of Mr. Edgley. Mr. Edgley will be booked into the West Valley Detention Center for Possession of Stolen Vehicle x2 and Felony Evading.

The Sheriff’s Department was notified by a company contact that the tractor trailer was hauling hazard materials. However, they were advised that the content was not an explosive substance.