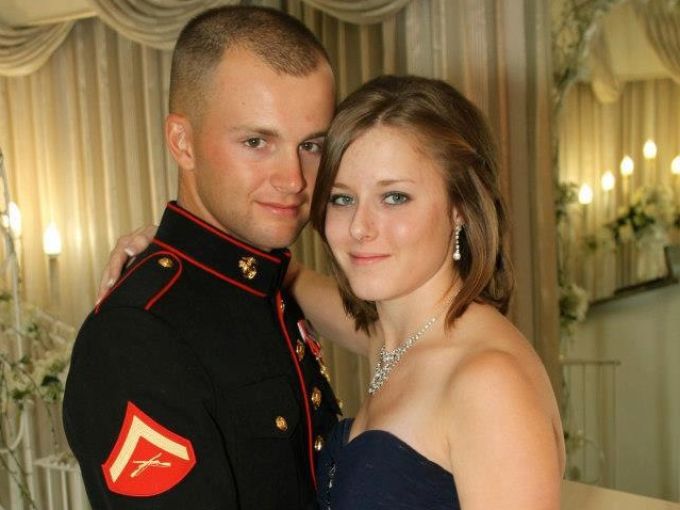 (VVNG.com)- On August 21st, Christopher Brandon Lee, the suspect in the death of 19-year-old Twentynine Palms resident Erin Corwin decided to give up his fight to prevent extradition back to California. Lee will be coming back to San Bernardino County to face charges of murder with special circumstances.

Corwin was supposed to be on her way to Joshua Tree National Park to meet with Lee on Saturday, June 28th, at 7 a.m.but never arrived. Her husband, Jonathan Wayne Corwin, a corporal in the U.S. Marine Corps reported his wife missing the following day when she did not return home.

The blue 2013 Toyota Corolla of the 3 month pregnant missing woman was located on Monday, June 30th just outside the rear entrance of the Twenty Nine Palms Marine Corps Air Ground Combat Center where Corwin lived with her husband. Tire tracks from a Jeep, consistent with the vehicle Lee drove were seen near the location of Corwin’s vehicle.

Many searched for a living Corwin but eventually the eight week-long searches shifted from a search to a recovery effort due to the time elapsed. 24-year-old Lee and 19-year-old Corwin, who were recently neighbors were said to be having an affair, which likely resulted in her pregnancy. According to text messages Corwin’s friends shared with authorities, Corwin had planned to go on a special hunting trip with Lee to celebrate. Friends also believed that Lee may have been concerned about losing his then wife due to the affair and pregnancy.

The body of Corwin was found on Saturday, August 16th, in the Rose of Peru mine near Joshua Tree, 140 feet down in the abandoned mine shaft. This mine shaft is located on Federal Land near Twentynine Palms. Her remains were identified through dental records the following day.

Lee is set to be extradited in the next couple of days back to the San Bernardino County area.