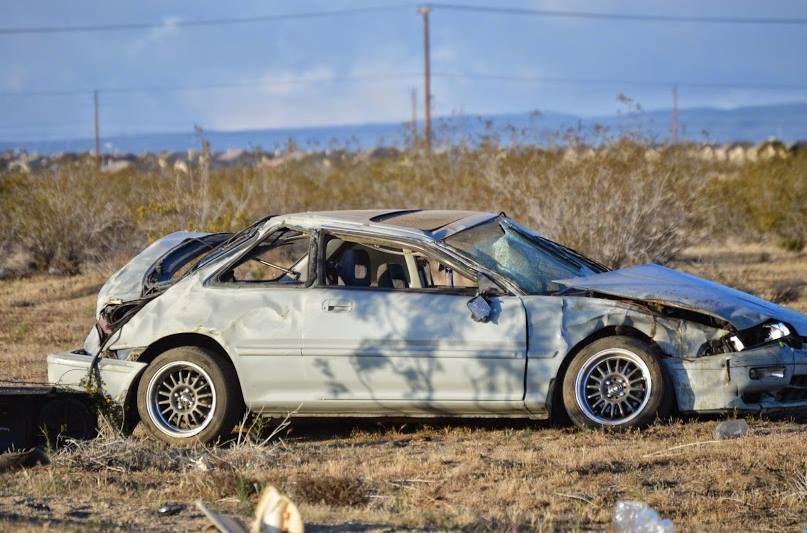 ADELANTO-(VVNG.com):  At approximately 6:30 A.M., on Monday, April 6th a short-lived high-speed pursuit resulted in a single vehicle rollover. The rollover

occurred as the suspect was heading southbound on hwy 395 just north of Seneca Road.

The victim called deputies and began to follow the stolen vehicle in a second vehicle. Deputies located the vehicle when it was driving on Highway 395 just north of Cactus Road in Adelanto.

Dominguez failed to yield causing a pursuit that ended just over a mile from where it began, when the driver went out of control causing the vehicle to roll over.

Dominguez was ejected from the Acura and as a result suffered from possible head and leg injuries. Dominguez was airlifted to Arrowhead Regional Medical Center for treatment of his non-life-threatening injuries. It is unknown at this time if any arrest has been made, information will be updated as it is received.