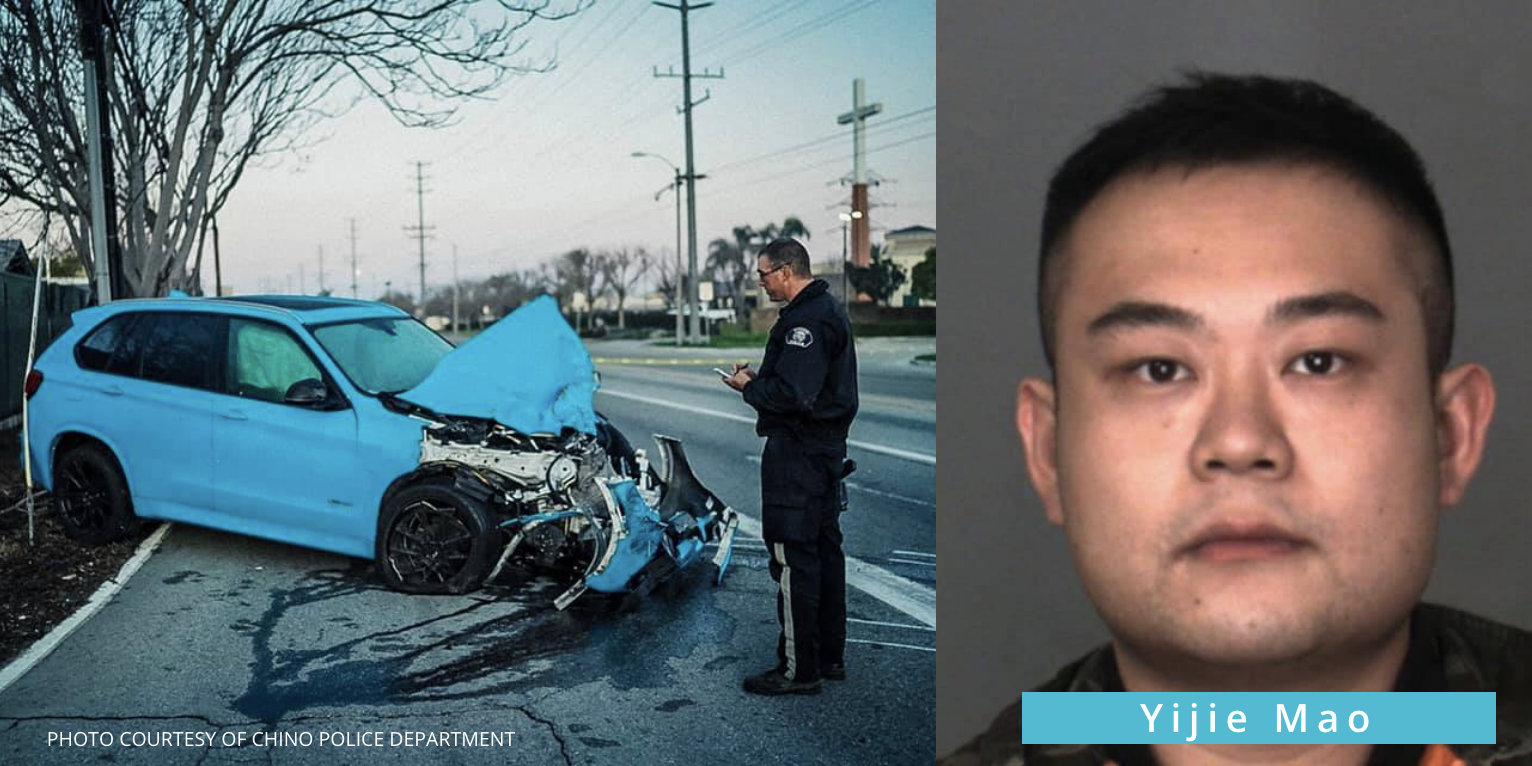 Deputy Nicholas O’Loughlin, 28, of Chino Hills, was traveling south on Euclid Avenue in a 2006 Chevy Silverado when he was struck by Yijie Mao, 26, of Alhambra, who was traveling west on Edison Avenue in a 2014 Compact SUV, stated Chino PD officials.

According to the City of Chino Police Department, Mao was determined to be under the influence of alcohol and marijuana. He was arrested for gross vehicular manslaughter while intoxicated and DUI causing injury.

Mao was being held at a San Bernardino detention center with his bail set at $250,000, according to public records

In a Facebook post, the Sheriff’s Employees Benefit Association (SEBA) said Nicholas made an indelible impact on those around him and was raised in a Law Enforcement family and proudly continued the tradition with the SBC Sheriff’s Department.

“He was hired in July of 2017 and in a short amount of time gained a reputation of trust and esteem from his colleagues. Nicholas was highly regarded by his peers and completed his work with a smile,” stated the Facebook post.

investigation is ongoing and anyone with information is asked to contact Officer Bloch at (909) 334-3018 or mbloch@chinopd.org.

It is with deep sadness that we report the sudden & tragic death of Deputy Nicholas O’Loughlin. Nicholas was killed in an off-duty traffic collision early this morning.
Nicholas is survived by his father Bill, mother Crystal, & brother Jonathan.
Rest easy brother 🙏 pic.twitter.com/Hw53jo4XQZ