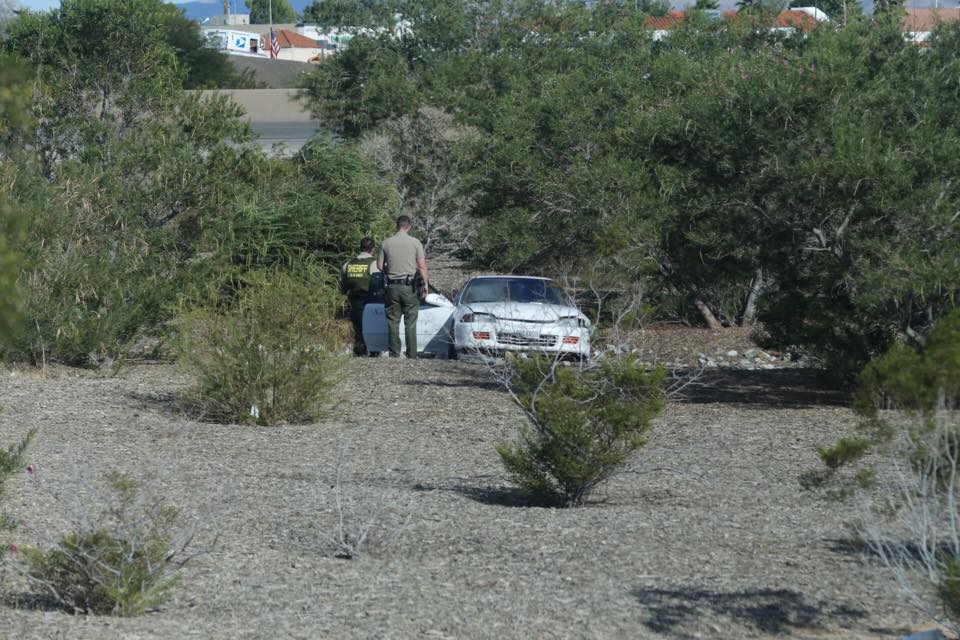 VICTORVILLE:(VVNG.com)- At approximately 3:40 P.M., on Tuesday, October 6, 2015 a deputy called out a pursuit involving a previously reported stolen vehicle.

The vehicle is an early 90’s model, white, two door Honda Civic. The driver and sole occupant, was later identified as Gabriel Duran, Age 18 of Adelanto.

At approximately 3:45 P.M., the vehicle exited on Roy Rogers Drive and the driver lost control causing him to crash into a landscaped area on the off ramp. The driver foot bailed from the vehicle and ran towards the Valley Hi Honda dealership. He was quickly arrested by deputies.

An ambulance was requested for the driver. His injuries, if any are unknown at this time. No other injuries were reported as a result of the pursuit.