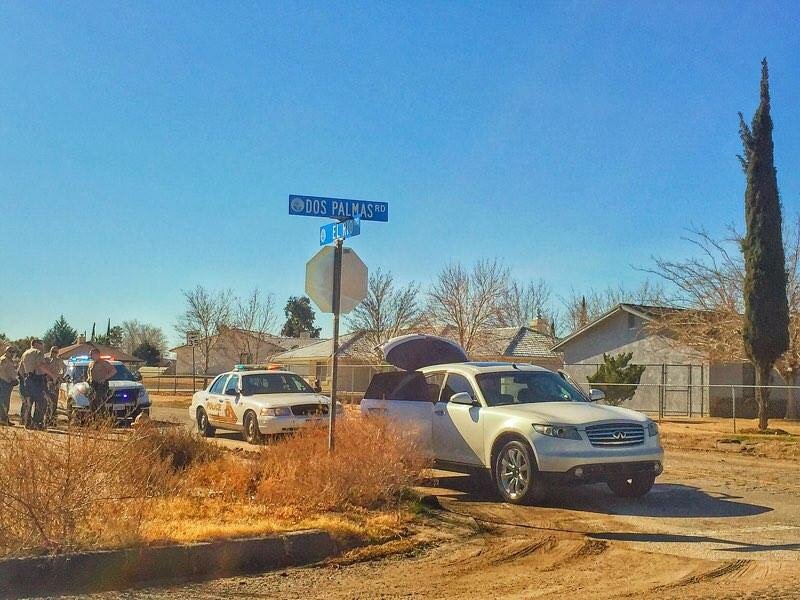 VICTORVILLE:(VVNG.com)- One person was taken into custody following a brief high-speed pursuit in Victorville. At about 10:30 AM, on Wednesday, January 20th a VVC campus police officer spotted the vehicle, a white Infinity SUV driving in excess of 100 MPH on Bear Valley Road towards Topaz.

A San Bernardino County Sheriff’s deputy attempted to catch up to the SUV and the driver started running through stop signs. The driver of the SUV continued driving recklessly through busy city streets without consideration for the general public.

The pursuit ended just before 11:00 AM, at the corner of Dos Palmas Road and El Rio Road in Victorville.

According to Sgt. Steve Pennington, the driver was arrested for reckless driving and booked into the High Desert Detention Center.

No injuries, property damage or accidents were reported as a result of the high-speed pursuit.