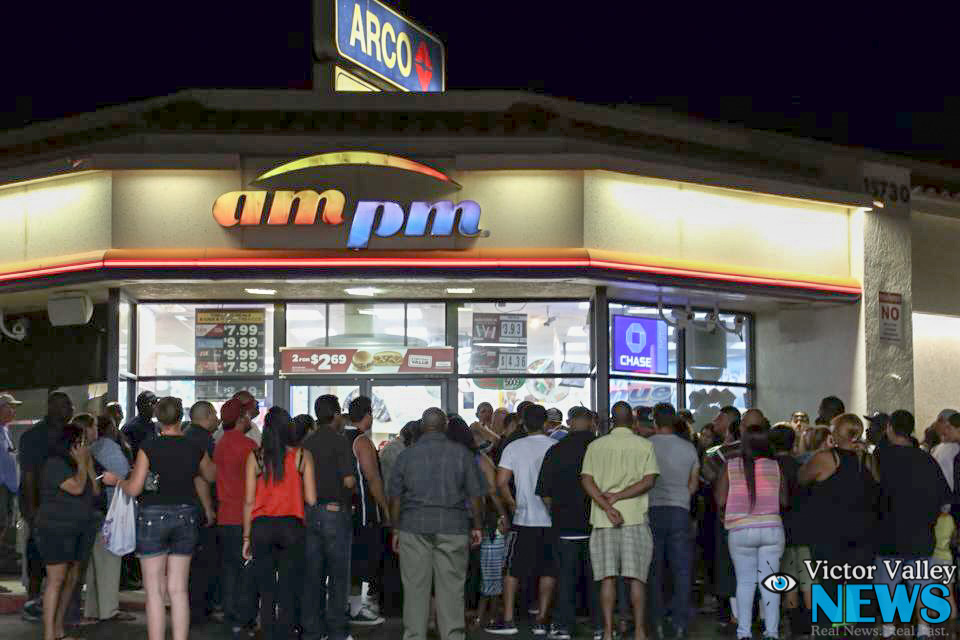 (Customers were pumping gas and shopping inside AMPM at the time of the homicide. photo by Gabriel Danny Espinoza)

VICTORVILLE:(VVNG.com)- Almost three years have passed since the murder of 26- year-old Daniel Raul Olivera. Now his family and friends have some comfort in knowing the person responsible for his death was sentenced to life in prison.

On August 11th, 2013 Daniel had spent the day working his shift at the AM PM located at 15730 Roy Rogers Drive. At about 10:40 PM., as Daniel was exiting the store he briefly stopped to talk with the security guard standing outside the doors.

Business at the AM PM was normal with patrons pumping gas and purchasing items inside. Moments later everything changed in an instant as a single gunshot was heard. The lifeless body of Daniel laid near the front entrance.

When police arrived and conducted interviews not a single witness saw anyone that may have been the potential shooter. On August 22, 2013, store surveillance footage was released to the public that showed a person of interest.

The video showed a man, later identified as 38-year-old Eric David Robbins, arguing with the security guard approximately 40 minutes prior to the shooting.

Information from the public lead investigators to Robbins who was served with a search warrant at his home. On August 23rd, 2013 during the search, investigators located sufficient evidence to make the arrest.

On Friday, June 10, 2016, at 1:30 PM., inside of a Victorville courtroom a judge sentenced Eric David Robbins to life in prison without the possibility of parole.

A family member who attended today’s sentencing told Victor Valley News that during the hearing Robbins expressed how deeply sorry he was. Robbins told Daniel’s family, the shooting was an unfortunate accident and the bullet was never meant for him. Instead, the bullet was meant for the security guard whom Robbins had the argument with. He also told the family, he knows what it’s like to lose somebody.

On July 14th, 2015 two of Robbins children were killed after a vehicle they were in rolled more than 200 feet down a steep cliff off Highway 46 near the Vista Point summit.

Before his death, Daniel Oliveras was a proud father of four, a soon to be husband and an aspiring recording Artist/Producer/SongWriter. Although nothing will ever bring him back his family feel’s that justice has finally been served.