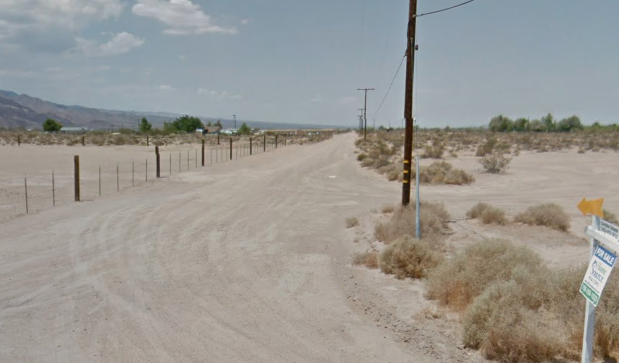 NEWBERRY SPRINGS, Calif. (VVNG).com — A 29-year–old man guarding an illegal marijuana grow is being held on a $1 million dollar bail after shooting at a deputy’s patrol vehicle.

It happened on May 27, 2021, at about 8:35 pm, when a deputy from the Barstow Sheriff’s Station responded to a call for service in the 46000 block of Tonopah Street in Newberry Springs. Sheriff’s officials said the deputy was in the 47000 block of Holcomb Trail when he discovered a possible illegal marijuana cultivation operation.

“As the deputy made a U-turn, the suspect, Adolfo Sanchez-Morales, shot at him striking the patrol vehicle. The bullet went through the driver’s side of the windshield and exited the front passenger side window,” stated a sheriff’s news release.

Multiple law enforcement agencies from various departments responded to assist in the search and the suspect was located hiding in the desert. Sheriff’s officials said a .45 caliber semi-automatic handgun was found nearby where he buried it.

Sanchez-Morales was arrested and booked into the High Desert Detention Center.  There were three other males located at the scene; they were released after being interviewed.

On Friday, May 28, 2021, the San Bernardino County Sheriff’s Department Marijuana Enforcement Team, along with other personnel from the Narcotics Division, responded to the incident location and served a search warrant. During the service of the warrant, the illegal marijuana cultivation operation was confirmed and nearly 4000 marijuana plants were located and destroyed.