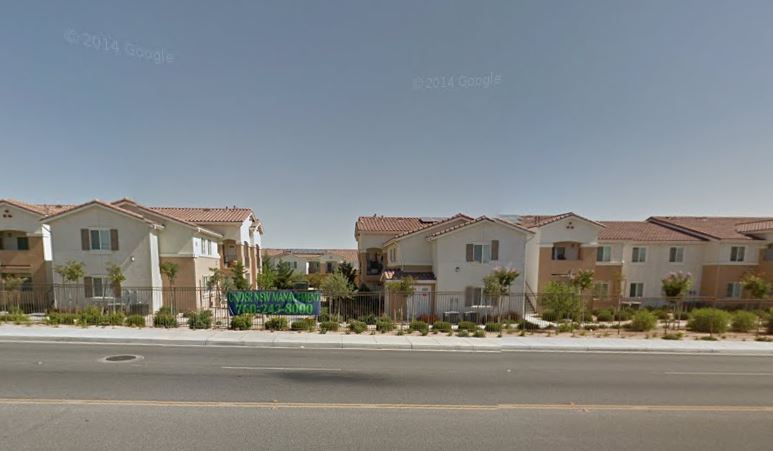 VICTORVILLE-(VVNG.com):  At 9:10 p.m. dispatch received a report of a armed robbery at the Casa Bella Apartments located at 16980 Nisqualli Road in Victorville. The armed suspect was, according to the reporting party  carrying a black revolver and wearing a black beanie, blue sweater and shorts.
The armed black male adult described to be in his 20’s, hit the victim in the head with his gun knocking him down to the ground and demanded the victim’s wallet, keys and money. As he walked away the suspect threw the keys back toward the victim.

There are no injuries reported as a result of this incident. The suspect was not apprehended. If you have any information you are asked to call the Victorville Police Department at (760)241-2911.