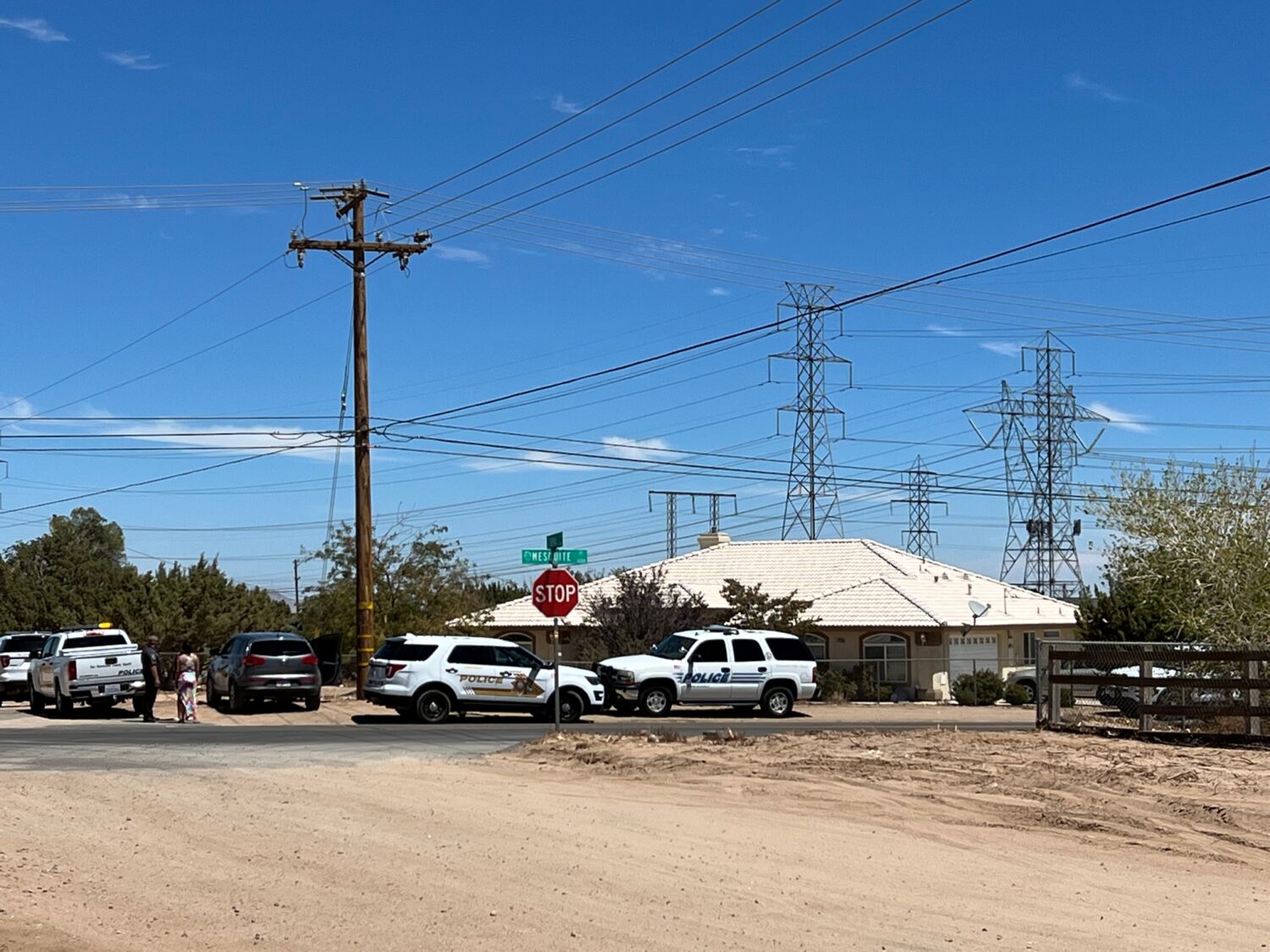 HESPERIA, Calif. (VVNG.com) — Police are continuing to search for a suspect who foot-bailed after a vehicle pursuit in Hesperia.

On Thursday, August 11, 2022, deputies attempted a traffic stop on a stolen vehicle near Ranchero Road and Santa Fe Avenue.

Sheriff’s spokeswoman Mara Rodriguez said the driver failed to yield and led deputies on a short pursuit that ended near Turko Avenue and Mesquite Street in Hesperia.

“A female passenger was detained and the male driver fled on foot,” stated Rodriguez.

The spokeswoman confirmed deputies remained at the scene and were still conducting the investigation. Additional information will be updated as it becomes available.