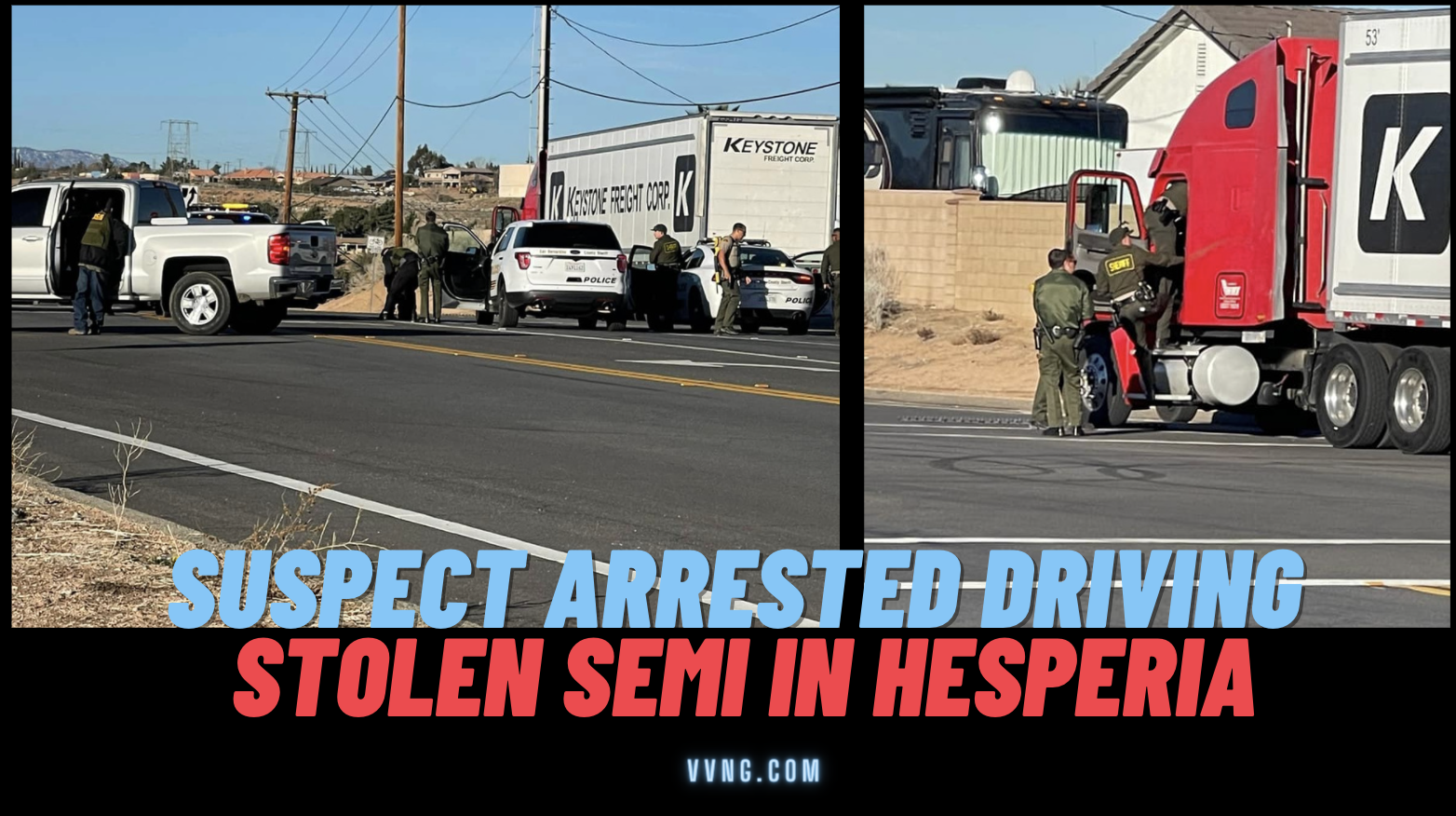 Several marked patrol vehicles and undercover trucks swarmed the semi with the words Keystone Freight Corp on the trailer.

Sheriff’s spokeswoman for the Hesperia Station, Jaclyn Chambers, told VVNG the suspect identified as 46-year-old Miguel Tirado, a resident of Ontario, was arrested for PC 496 Possession of Stolen Property.

Additional information was not available for release.

UPDATE: According to booking logs, Tirado was out on probation at the time of his recent arrest and is now ineligible for bail. The suspect was arrested just a couple of days earlier, on January 2nd for PC602 – Trespassing along the 2200 block of S Vineyard Avenue and was cite released.