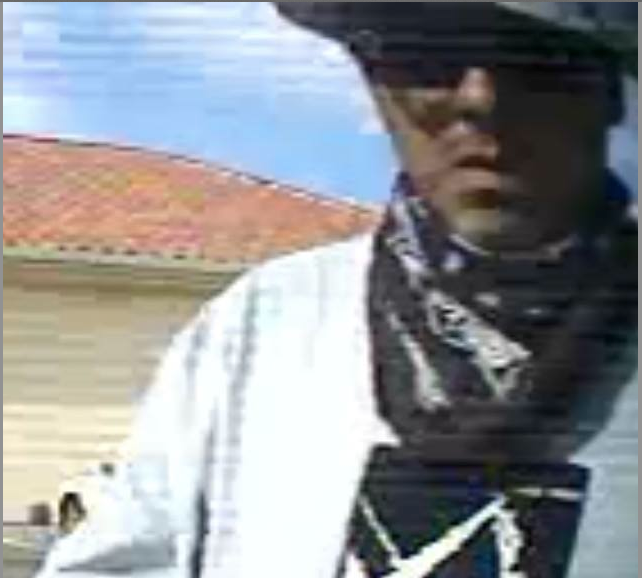 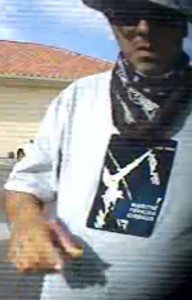 Once again, through the power of social media and the “sharing” of a wanted suspect’s surveillance photo, an arrest has been made.

On August 31, 2013, the Storage Direct business located on Mojave Drive in Victorville was robbed. At approximately 4:50 p.m., the suspect entered the business, brandished a knife and demanded money from an employee.

The suspect was unidentified and unknown for a couple of weeks.

Once Detectives released the image and called upon the help of the public, it wasn’t long until the suspects image quickly circulated on Victor Valley News on Sept. 17, and viewed by thousands.

Through the power of social media and the “sharing” of a wanted suspect’s surveillance photo,tips ultimately led to an arrest the very next day.

On September 18, Deputies arrived to the Victorville home, located on Circle Creek Drive,that was occupied by Olgar Vega, 45, and issued a search warrant for the residence. Olga was arrested shortly after 10 a.m.

“After featuring surveillance photos [taken during the robbery] in the media, detectives developed information and discovered evidence that linked Vega to the robbery,” stated the San Bernardino County Sheriff’s release.

Olgar Vega has been booked at the West Valley Detention Center on a felony charge of armed robbery.

Anyone with additional information regarding this incident is encouraged to contact Detective Campas of the Victorville Detectives Bureau at (760)241-2911 or contact the We-Tip hotline at 800-78-CRIME (800-782-7463).  We-TIP on-line tips can be submitted athttps://wetip.com/.