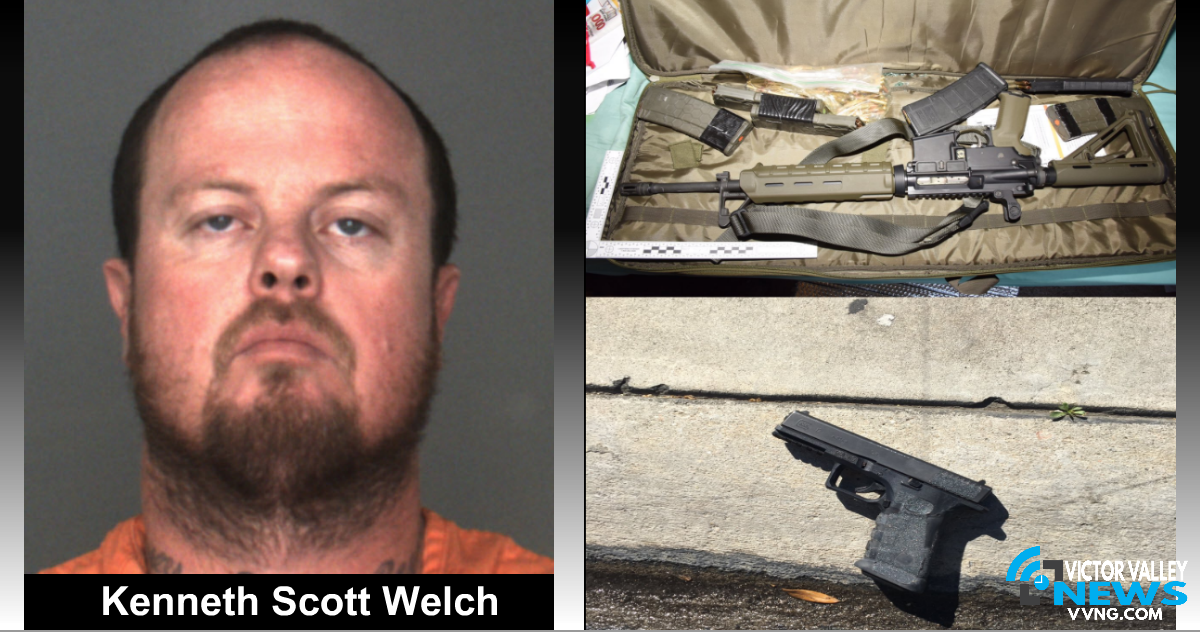 SAN BERNARDINO, Calif. – Kenneth Scott Welch has been charged in the shooting death of Mario Figueroa, the attempted murder of San Bernardino County Sheriff’s Deputy Patrick Higgins and shootings that occurred along Interstate 210 in Rialto.

Welch, 37, of Redlands, has also been charged in the robbery of a gas station clerk prior to shooting the deputy.

Charges include: one count of First Degree Murder with the special circumstance of shooting from a motor vehicle, one count of Attempted Murder of a Peace Officer, two counts of Shooting at an Occupied Vehicle Using a Firearm and causing great bodily injury, one count of Second Degree Robbery, and two counts of Possession of a Firearm by a Felon.

If convicted as charged, Welch faces Life Without the Possibility of Parole and the possibility of a death sentence to be determined at a later date.

Welch is scheduled to be arraigned today at the Victorville Superior Court in Department V-10.

This is an ongoing criminal case and no further details will be released at this time.