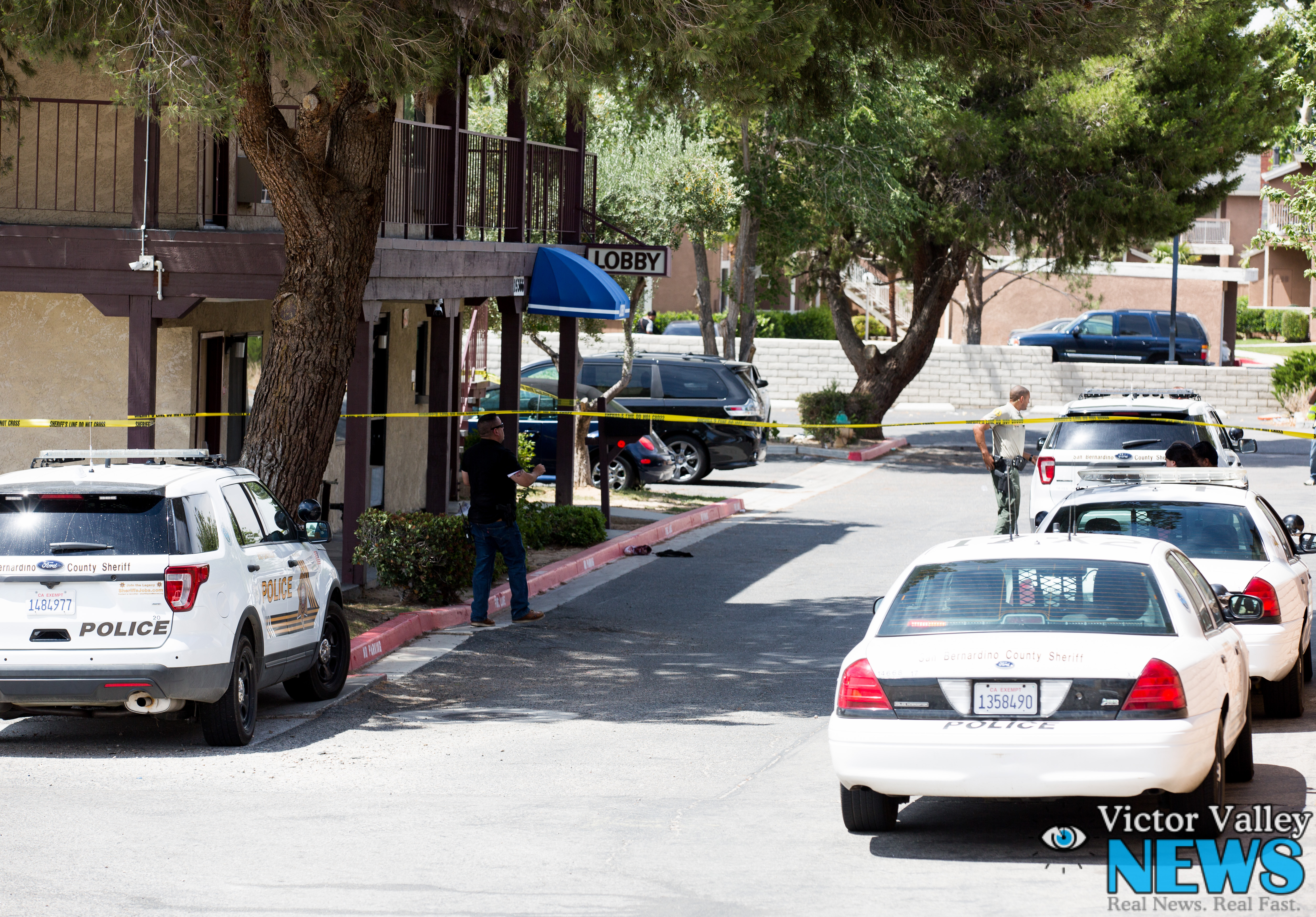 VICTORVILLE:(VVNG.com)- Deputies are investigating a stabbing that occurred at the Rodeway Inn in Victorville.

Upon arrival, authorities located the victim, a Black Male in his mid 30’s suffering from a stab wound.

Based on scanner traffic information, the suspect is described as a Black Female in her late 20’s, 5’6″, 170 lbs., with brown hair and blue streaks. The female was last seen wearing a red tank top and white shorts. Authorities believe the female left the scene in a blue 2001 GMC.

Due to the victim’s injuries, an airship was requested to airlift the male to a trauma hospital.

The circumstances surrounding the stabbing are currently under investigation. More information will be updated as it becomes available.

Man Leaves Scene of Crash With Kids in Car