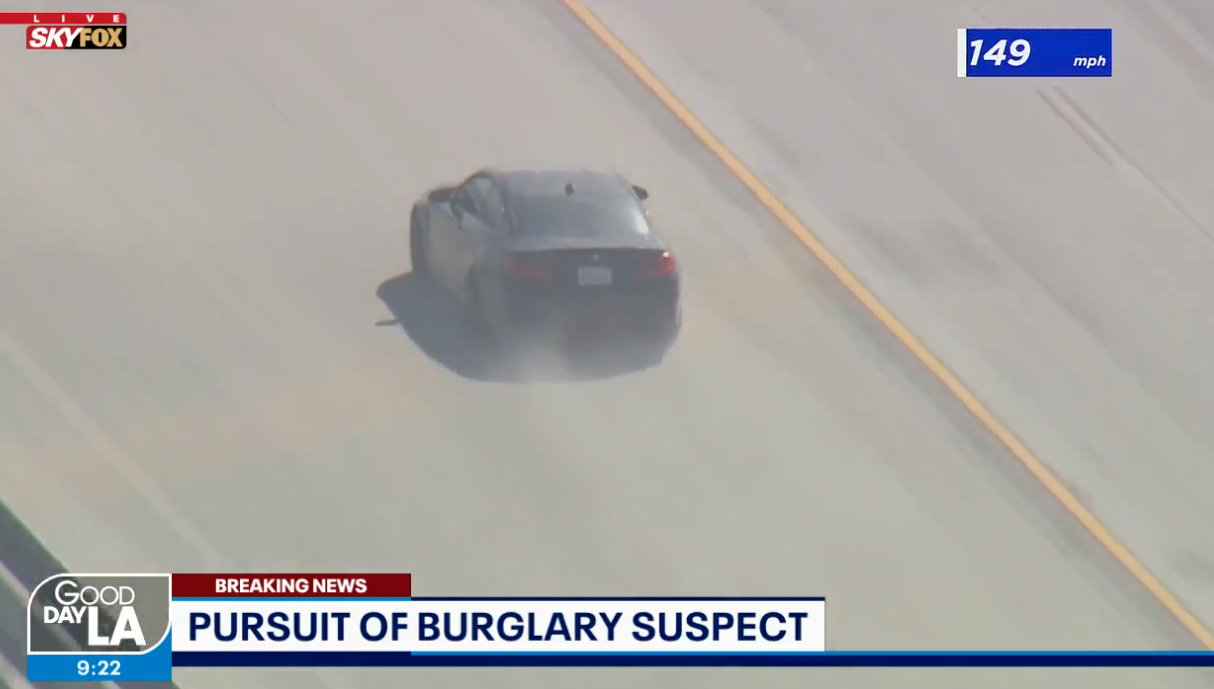 UPDATE — The suspect was found hiding in a rear house in the area and was taken into custody without incident, police said.

HESPERIA, Calif. (VVNG.com) — A dangerous high-speed pursuit that originated in the Los Angeles area made its way into the Victor Valley on Wednesday morning before the driver decided to exit the I-15 freeway and head back down the Cajon Pass.

According to reports, the vehicle, a black BMW, along with several other items were stolen during a burglary near the area of Melrose and Fairfax in Los Angeles County.

At 10:25 am, a KTLA 5 News helicopter was following and broadcasting LIVE when the suspect pulled his vehicle into a residential neighborhood in the area of 6th and G Street in the East San Gabriel Valley and parked his vehicle. The shirtless suspect opened the passenger door, shuffled around belongings, and put on clothing before casually strolling away from the damaged vehicle.

As the news helicopter continued to follow, the suspect attempted hiding in the backyard of a home before jumping over a couple of fences and hiding in some large trees.

Deputies have established a perimeter surrounding the area are and are attempting to locate the suspect who remains at large as of 10:45 am. This is a developing story and additional information will be updated as it becomes available.