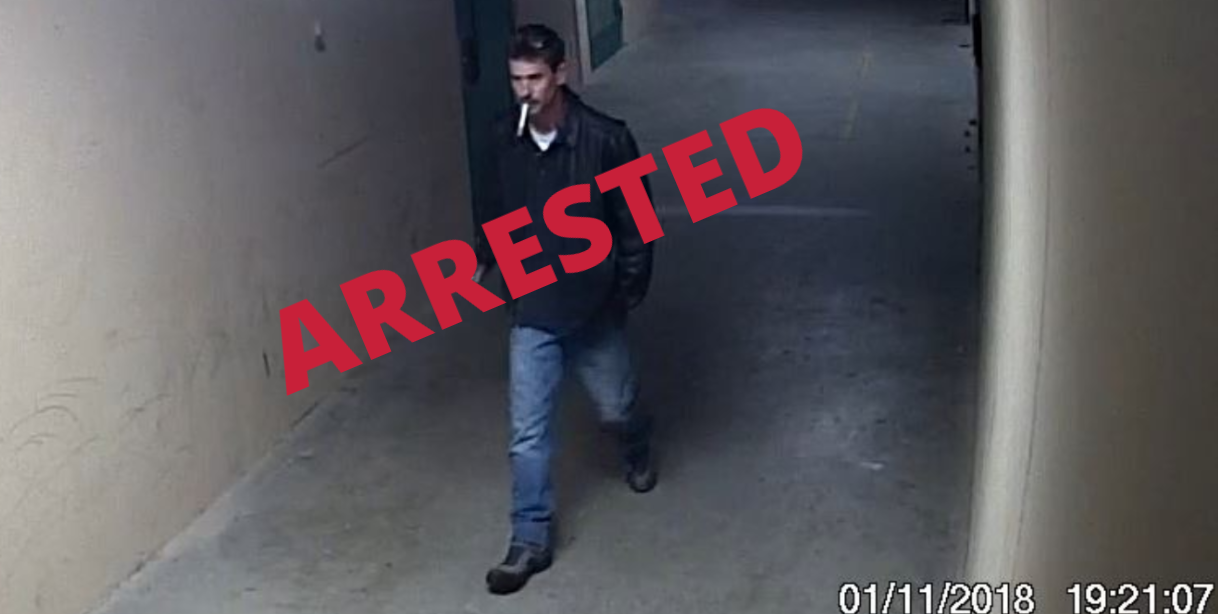 VICTORVILLE, Calif. (VVNG.com) 49-year-old Brian Dayhoff, a Victorville transient, was identified as being the person responsible for a grand theft here in Victorville last week.

After investigating leads provided by the public, Dayhoff was arrested Wednesday morning in Victorville following a brief foot-pursuit.

The Victorville Police Department released photos of the suspect, now identified as Dayhoff, wanted for breaking into a vehicle parked at Victor Valley High School on January 11, 2018.

“Among the property stolen was computer equipment belonging to the school, valued at over $6000.00,” officials said in a news release.

Authorities released Dayhoff’s photo to the public on January 16th, and the following day, he was arrested in the 16400 block of Forrest Avenue in Victorville at about 11:00am.

According to public arrest records, Dayhoff was booked into the Adelanto Detention Center for PC487 Grand Theft with a bail set at $50,000. He is scheduled for arraignment in a Victorville courtroom on January 19th.