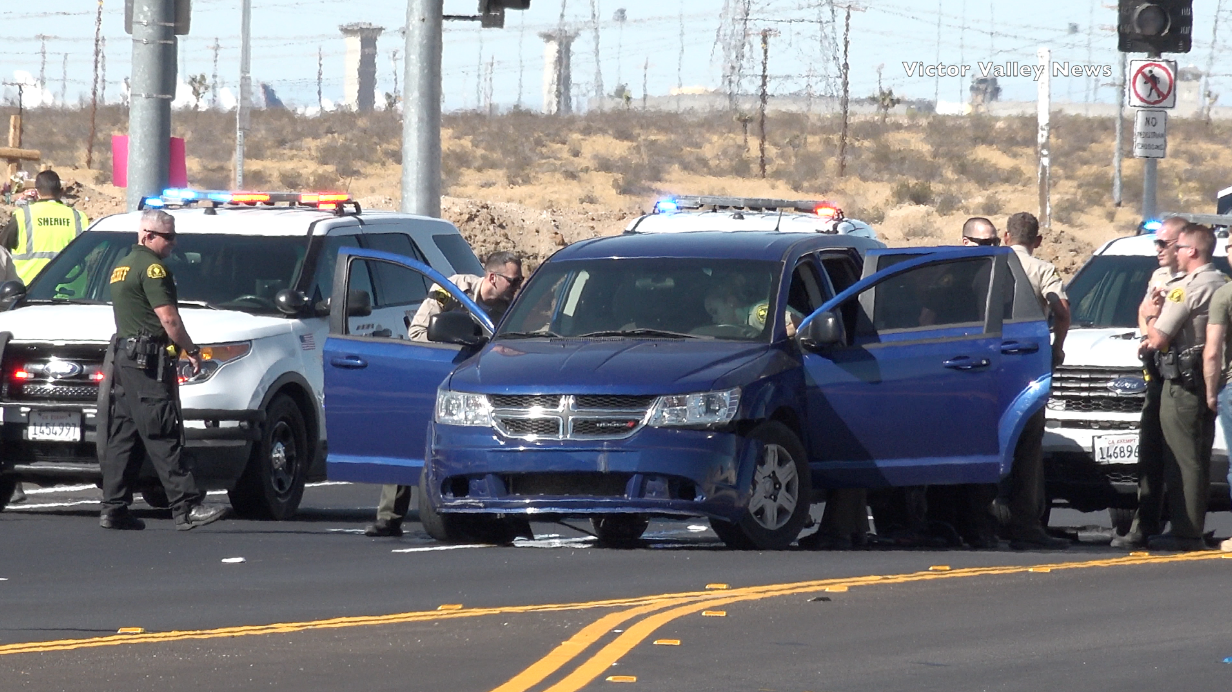 VICTORVILLE, Calif. (VVNG.com) A man was arrested following a short pursuit Saturday afternoon that ended when he crashed into a street crossing sign.

It happened at around 2:40 p.m. in Old Town Victorville when the suspect failed to yield for an unknown traffic violation.

The suspect, described as a Black male adult, attempted to evade deputies by traveling at speeds of 90 miles per hour in a blue Dodge Journey, scanner traffic reported.

The brief pursuit ended moments later when the suspect struck a bicycle crossing sign at the intersection of Amethyst Road and Mojave Drive.

The vehicle, which had paper plates and was believed to be stolen, sustained damage to the front bumper and leaked liquids onto the street.

First Responders from the San Bernardino County Fire Department and AMR were summoned to treat the suspect for complaints of pain following the crash. The suspect was treated on scene and then promptly taken into custody.

For more news, join our Victor Valley News group on Facebook with over 105,000 members! Https://www.facebook.com/groups/VictorValleyNews