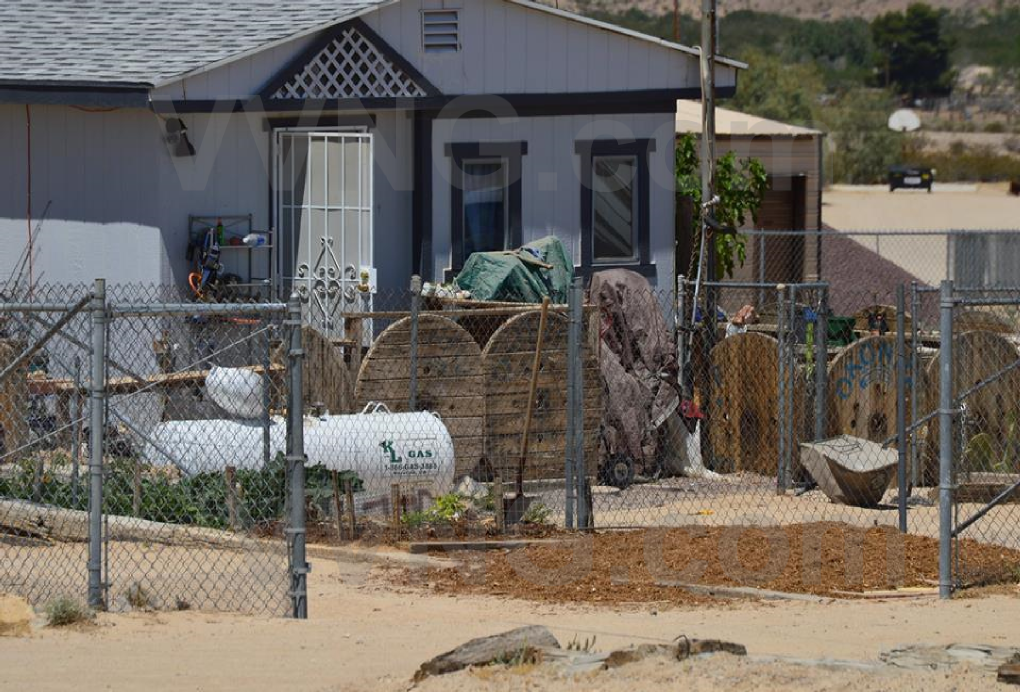 HINKLEY:(VVNG.com)- On Monday, June 1, 2015, at approximately 6:06 p.m., deputies from the Barstow Sheriff’s Station responded to a residence in the 22200 block of W. Main Street in Hinkley.

The victims were not answering phone calls or their front door, and Roberts family requested deputies check on their welfare. Deputies found the residence secured with no answer at the door or the phone.

A neighbor told deputies, Laurel Diana Roberts, 36, texted them saying she was on vacation and would not be home until Tuesday. Finding nothing suspicious, deputies left the location.

On Monday, June 1, 2015, at approximately 10:04 p.m., deputies responded back to the location after family reported checking on the residence again and seeing someone moving inside, but refusing to answer the door. Deputies gained entry into the residence and found the victims deceased inside a bedroom. The identity of the Adult Male is pending family notification.

Upon entry, 22-year-old Frank Joseph Covin, a resident of Victorville, barricaded himself inside another room in the residence. Members of the Sheriff’s Specialized Enforcement Detail (SED) were requested to the location. SED was able to establish contact with Covin and after several hours, Covin surrendered without incident.

Autopsies will be conducted on both victims to determine the cause of death.

Anyone with information regarding this investigation is urged to contact Detective Scott Thies at (909)387-3589. Callers wishing to remain anonymous are urged to call the We-tip Hotline at 1-800-78-CRIME (27463) or you may leave information on the We-Tip Hotline at www.wetip.com.