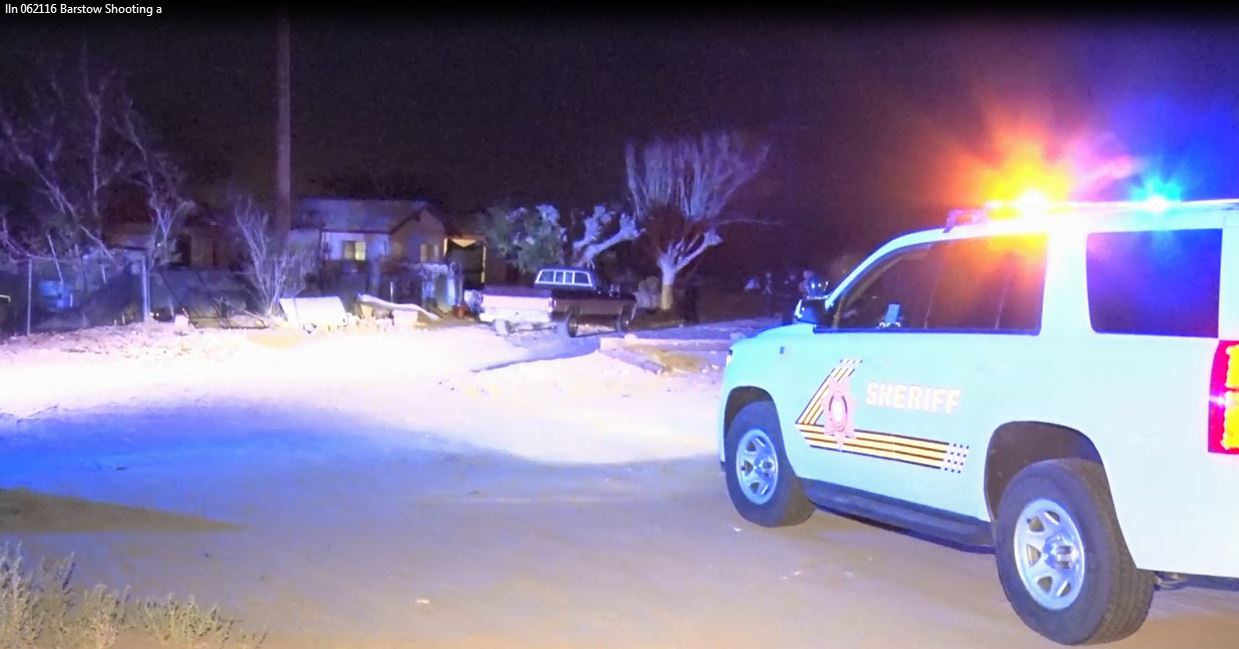 BARSTOW:(VVNG.com)- A 44-year-old Barstow man was arrested for the murder of another man on Tuesday night.

On June 21st at about 9:10 p.m. dispatch received a 911 call from the 36000 block of Ramirez Road in Barstow stating that a male had been shot at the location.

Deputies and medical personnel responded and found the victim, 33-year-old Barstow resident Robert Whitnack suffering from a gunshot wound. Whitnack was transported to the hospital where he was pronounced dead.

According to a Sheriff’s press release, during the investigation, Detectives determined that Whitnack and Scott Brodie were involved in a verbal dispute inside a building on the property and Brodie shot Whitnack.

Brodie fled the area immediately following the shooting. Sheriff’s Specialized Enforcement Detail located Brodie in Barstow and he was taken into custody without incident.

Brodie was booked at the Barstow jail and will be held on $1,000,000. bail. Court records show Brodie has an extensive criminal history.

Anyone with information regarding this investigation is urged to contact Sheriff’s Homicide Detail, Detective Gary Hart at (909)387-3589. Callers wishing to remain anonymous are urged to call the We-tip Hotline at 1-800-78-CRIME (27463) or you may leave information on the We-Tip Hotline at www.wetip.com.