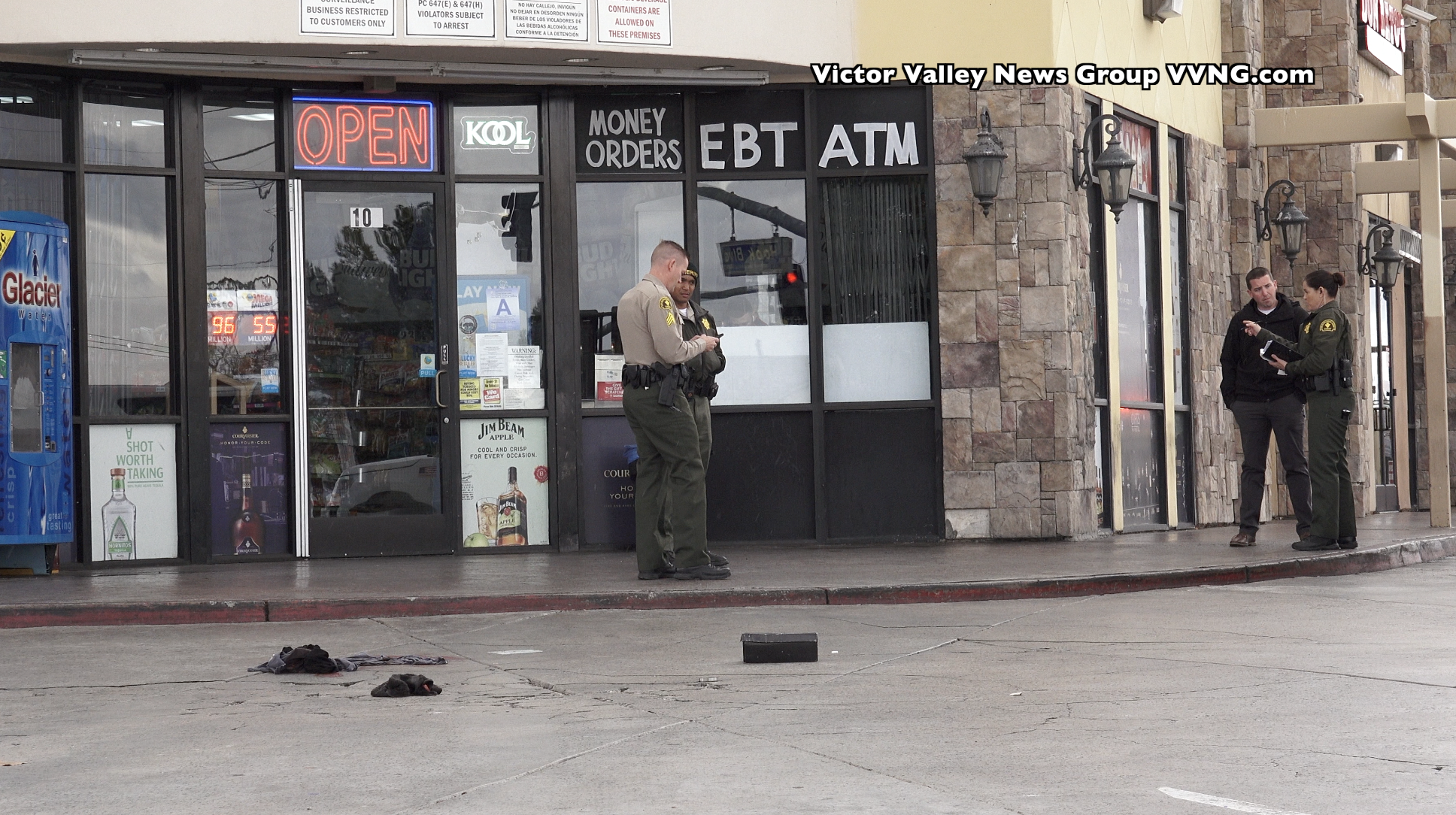 VICTORVILLE, Calif. (VVNG.com) — Kewetha Darrington, 37, of Victorville was arrested for attempted murder after he shot another man on Saturday afternoon, officials said.

Victor Valley News first broke the story when it happened on January 12, 2019, in the parking lot of Michael’s Market & Liquor in the 14800 block of El Evado Road.

At about 11:10 am, Victorville deputies responded to the location and found the victim, a 28-year-old male suffering from a gunshot wound to his chest.

The shooting victim was flown to a trauma center and his condition remains unknown. Officials said a second male victim was shot at but not struck.

According to a sheriff’s news release, deputies learned the victims had been engaged in a verbal altercation with the suspect, Kewetha Darrington.

During the argument, Darrington retrieved a handgun and shot the victim and victim #2 ran as the suspect began firing the gun at him. Victim #2 hid behind a car and the suspect fled the scene, officials said.

“Through investigation and the aid of video surveillance, deputies were able to identify the suspect,” stated the release.

At approximately 2:00 pm, Deputy Z. Pritchett was dispatched to the area of Reno Loop and East Trail for a suspicious male.

Officials said the deputy spotted the male and recognized him as the suspect, just as he was being picked up in a vehicle. A traffic stop was conducted, and the suspect was taken into custody without incident.

Darrington was arrested and booked into the High Desert Detention Center for attempted murder. He is scheduled to appear in Victorville Superior Court on January 15, 2019.