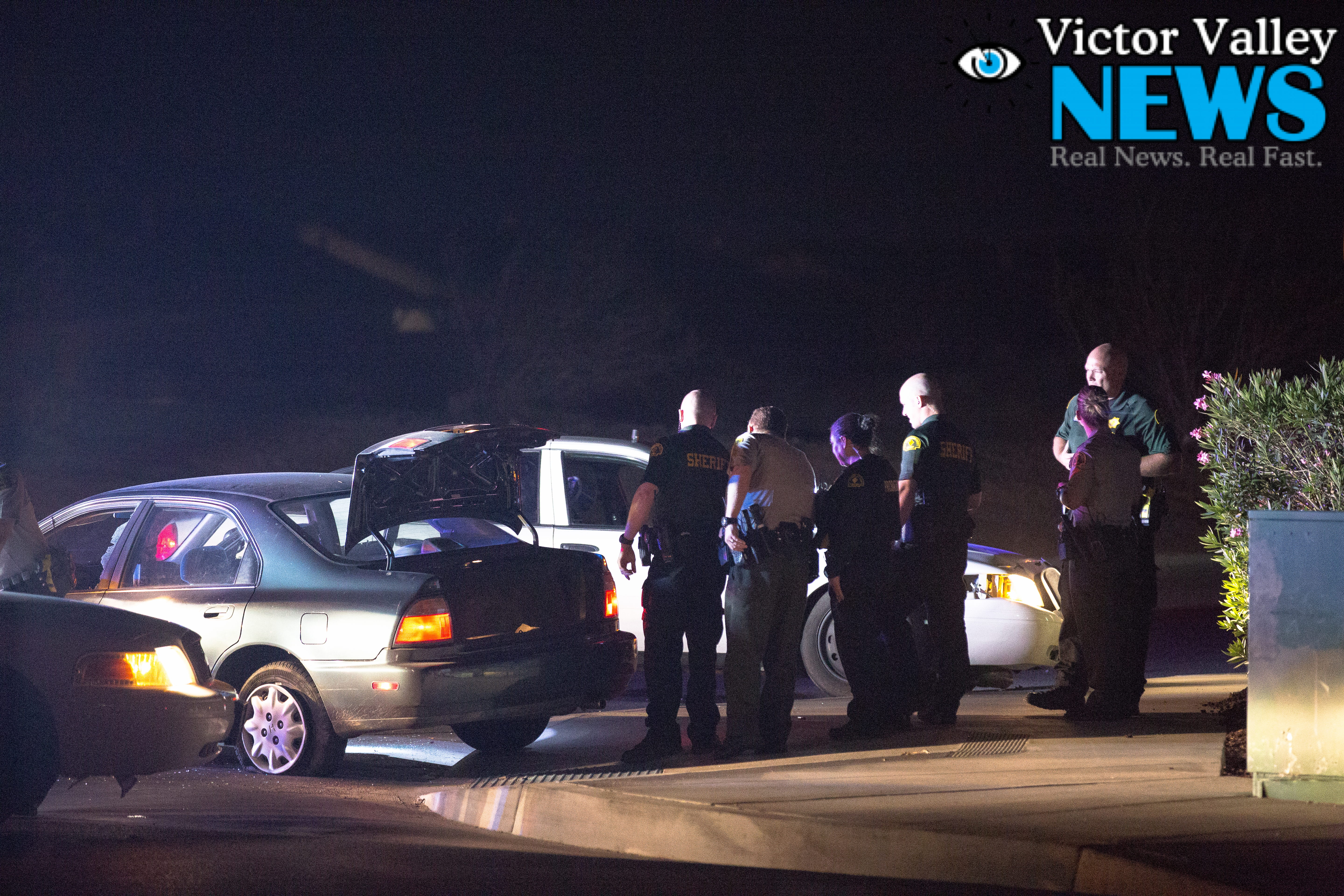 VICTORVILLE:(VVNG.com)- On Wednesday, July 22, 2015 at approximately 11:30 P.M., a San Bernardino County Sheriff’s Deputy reported a failure to yield in progress.

The pursuit initiated in the area of Rodeo Drive and Green Tree Blvd. in Victorville after the vehicle, a green four-door Honda Civic failed to yield.

Per scanner traffic, the driver, described as a Hispanic Male Adult, averaged speeds of 60-95 MPH as he drove recklessly through city streets. He entered onto the southbound 15 freeway and exited on Main Street in Hesperia and eventually headed back towards Victorville. The driver continued to blow through stop signs, run red lights, and drive on the opposite side of the roadway.

Authorities decided to set up a  spike strip near Nisqualli Road and 11th Avenue. As the driver approached Nisqualli and Cypress, near the Golden Sands Apartments he lost control of the vehicle and spun out. That’s when deputies surrounded the vehicle and the driver was taken into custody.

At this time the cause of the initial pursuit is unknown. No injuries have been reported as a result of the pursuit.