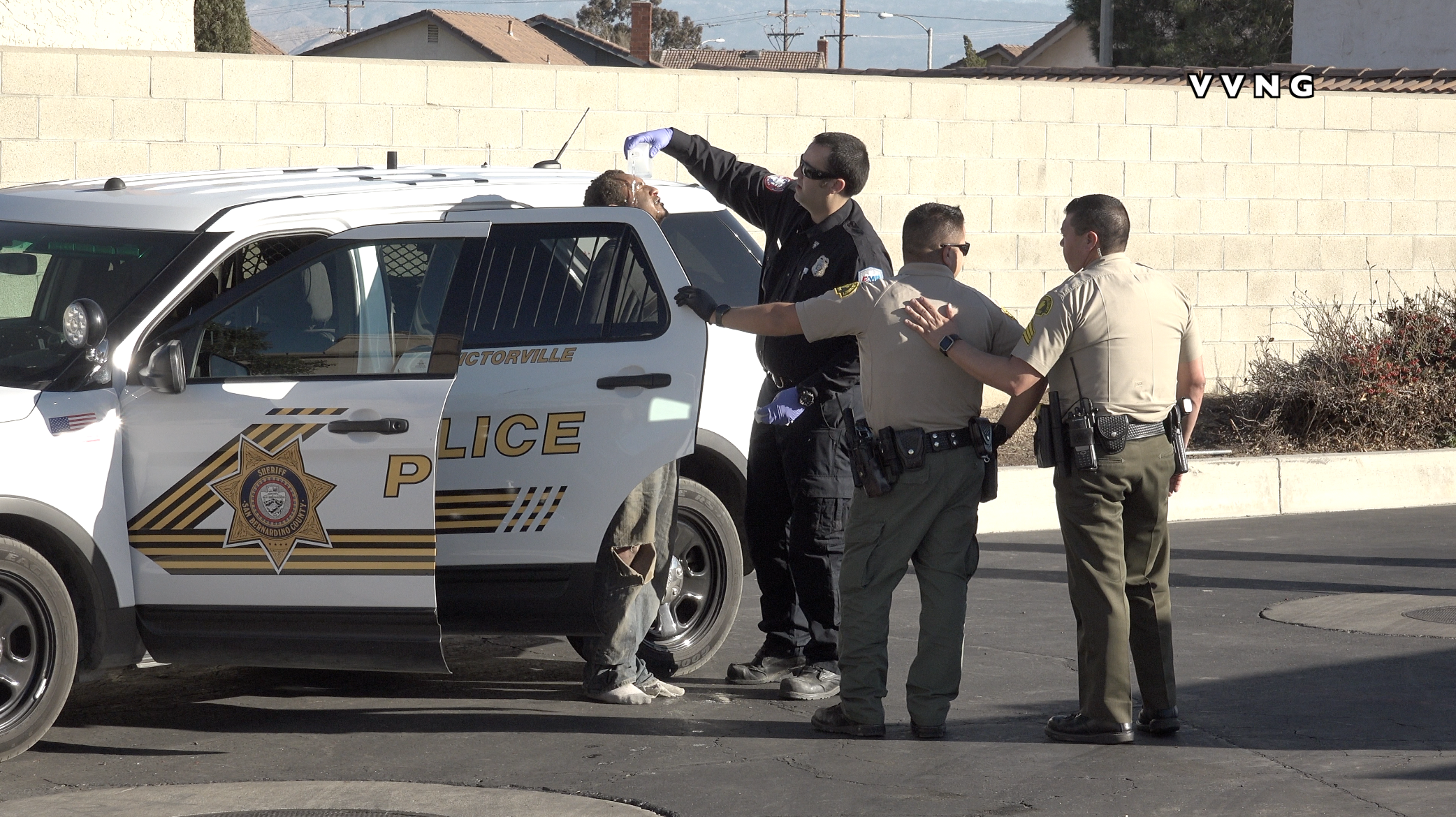 VICTORVILLE, Calif. (VVNG.com) A man was arrested after he allegedly assaulted a Sheriff’s Deputy here in Victorville Wednesday afternoon.

As the deputy arrived to the business to investigate reports of a man sleeping, she was assaulted, officials said.

According to Sergeant M. Flores with the Victorville Police Department, the suspect woke up and began assaulting the deputy and eventually fled on foot.

The deputy was able to detain the suspect after a brief foot-pursuit that ended behind Stater Brothers in the same shopping center.

The suspect was arrested for Assault on a Police Officer and on suspicion of being Under the Influence of Drugs and/or alcohol.

The deputy sustained minor injuries and was transported to a local hospital as a precaution.