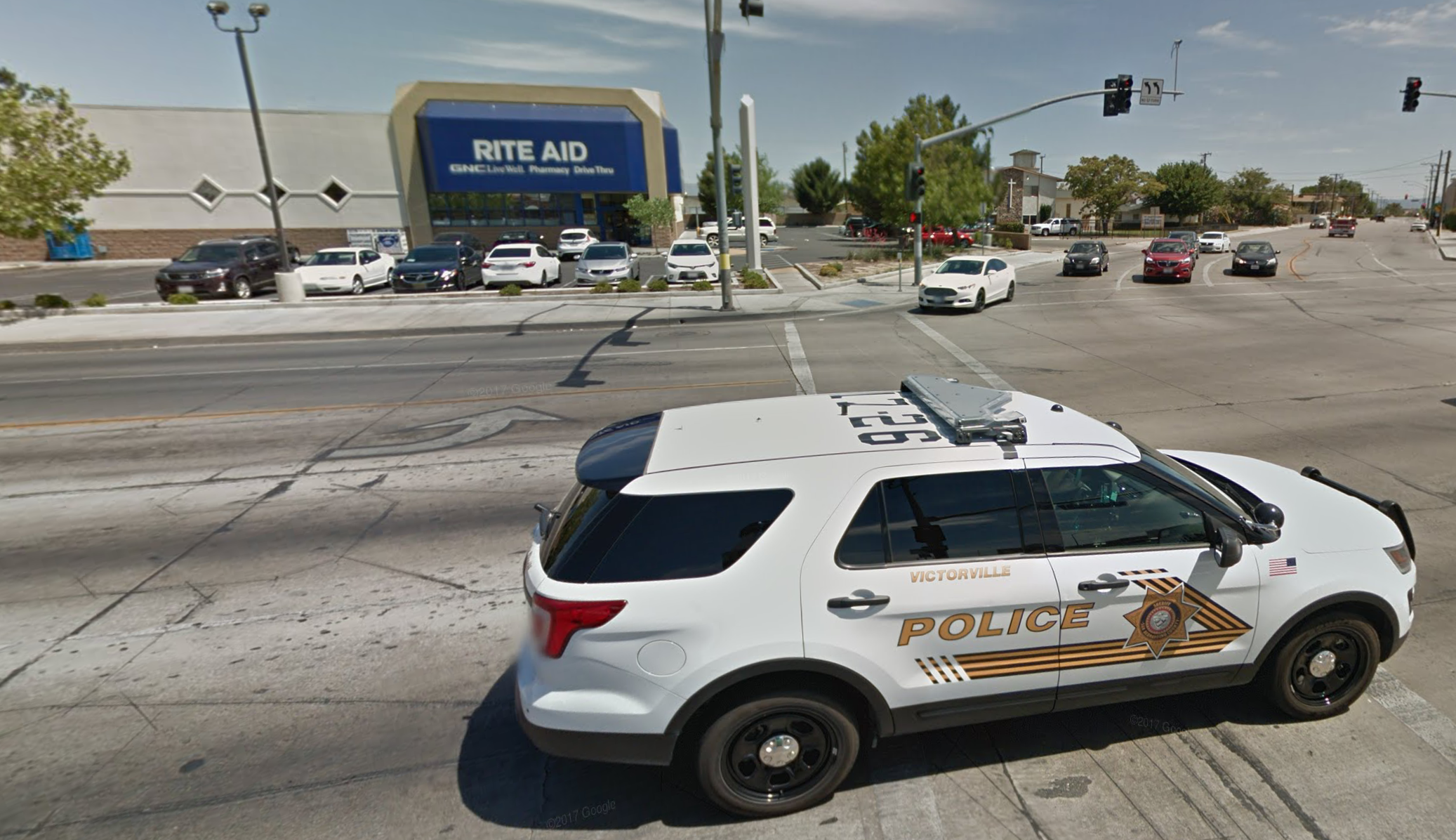 VICTORVILLE, Calif. (VVNG.com) — A 21-year-old Victorville man was taken into custody after he stole liquor from a Rite Aid Tuesday.

At about 3:30 pm, Victorville sheriff’s deputies responded to the 14600 block of 7th Street reference a theft at the business.

The suspect, John Washington, concealed liquor on his person and ran from the location without paying for the items. Deputies responded and with the assistance of a San Bernardino County Sheriff’s helicopter they located the suspect behind a church on La Paz, stated sheriff’s spokeswoman Mara Rodriguez.

Washington was arrested and will be booked at the High Desert Detention Center for shoplifting, resisting arrest, and an outstanding misdemeanor warrant, Rodriguez said.