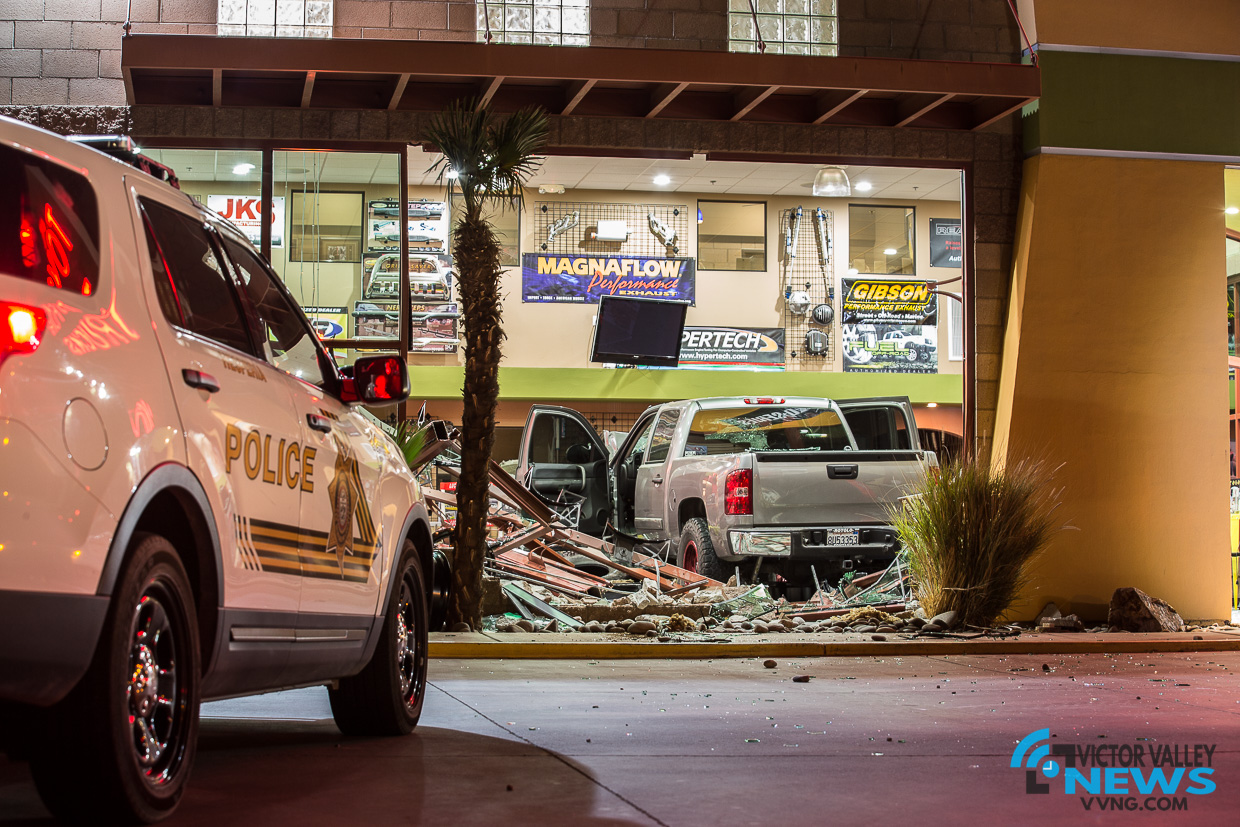 Deputies responded to the location after receiving reports that a lifted 2008 Chevy Silverado intentionally crashed into the building several times.

Witness, Caleb Brown, was driving through the area when he heard glass smashing and as he glanced over he could see the rear of the truck inside the building.

“He floored it forward again smashing his front end into whatever was in front of him. Then he got out of his truck and walked around behind the building to leave,” stated Brown.

Brown said he heard the driver say ‘F*** Yeah’ as he walked away and appeared to be very intoxicated. “I kept my distance because I could tell he was drunk and I didn’t know if he had any weapons or anything.”

When deputies arrived on scene they learned the driver of the vehicle had fled and left the vehicle at the location. A sheriff’s helicopter responded to the scene and assisted deputies in the search for the suspect and were unable to locate him.

According to a sheriff’s news release, “while reviewing video footage, the owner of the business identified the driver as his employee Keith Silva.”

The surveillance footage also showed Silva ramming his vehicle into the front doors of the business multiple times and continued to drive his truck inside the business causing major damage, officials said.

A person with knowledge to the incident spoke with Victor Valley News on condition of anonymity and said Silva, is a shop foreman at the business and had worked there until about 8:30 pm that night.

“On October 2nd, 2018, at approximately 7:50 am, Deputy Martinez made contact with Silva who admitted to crashing his vehicle into Toys For Trucks,” stated the news release.

Keith Joseph Silva was arrested in the 15900 block of Smoke Tree and later booked into the High Desert Detention Center for PC594(b)(1), felony vandalism. His bail is currently set at $25,000 and is scheduled for arraignment in a Victorville courtroom on October 4, 2018. 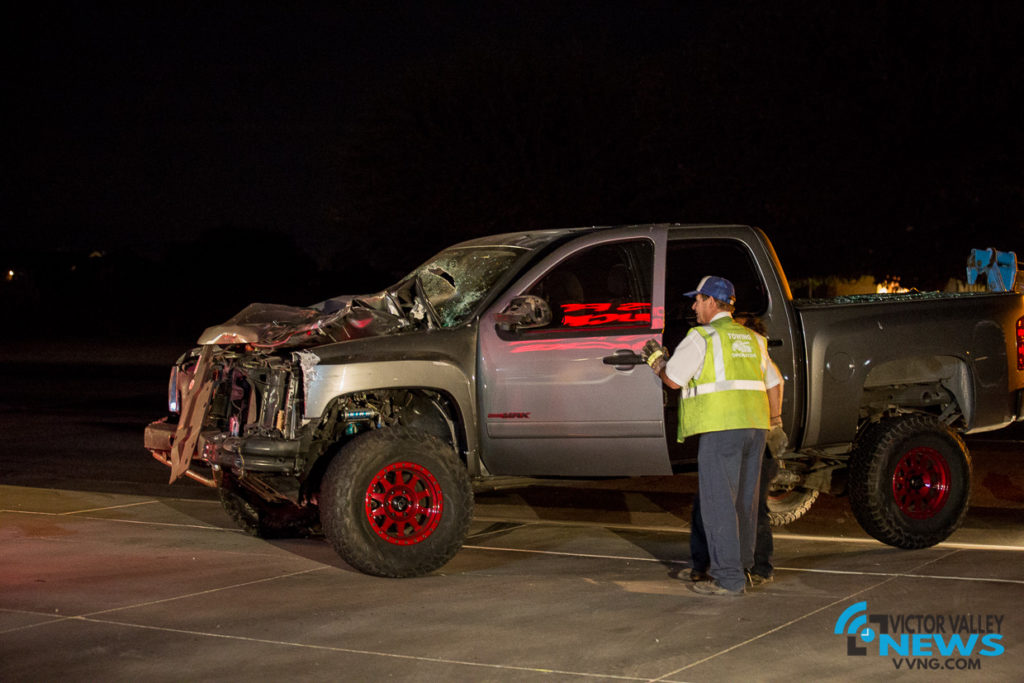