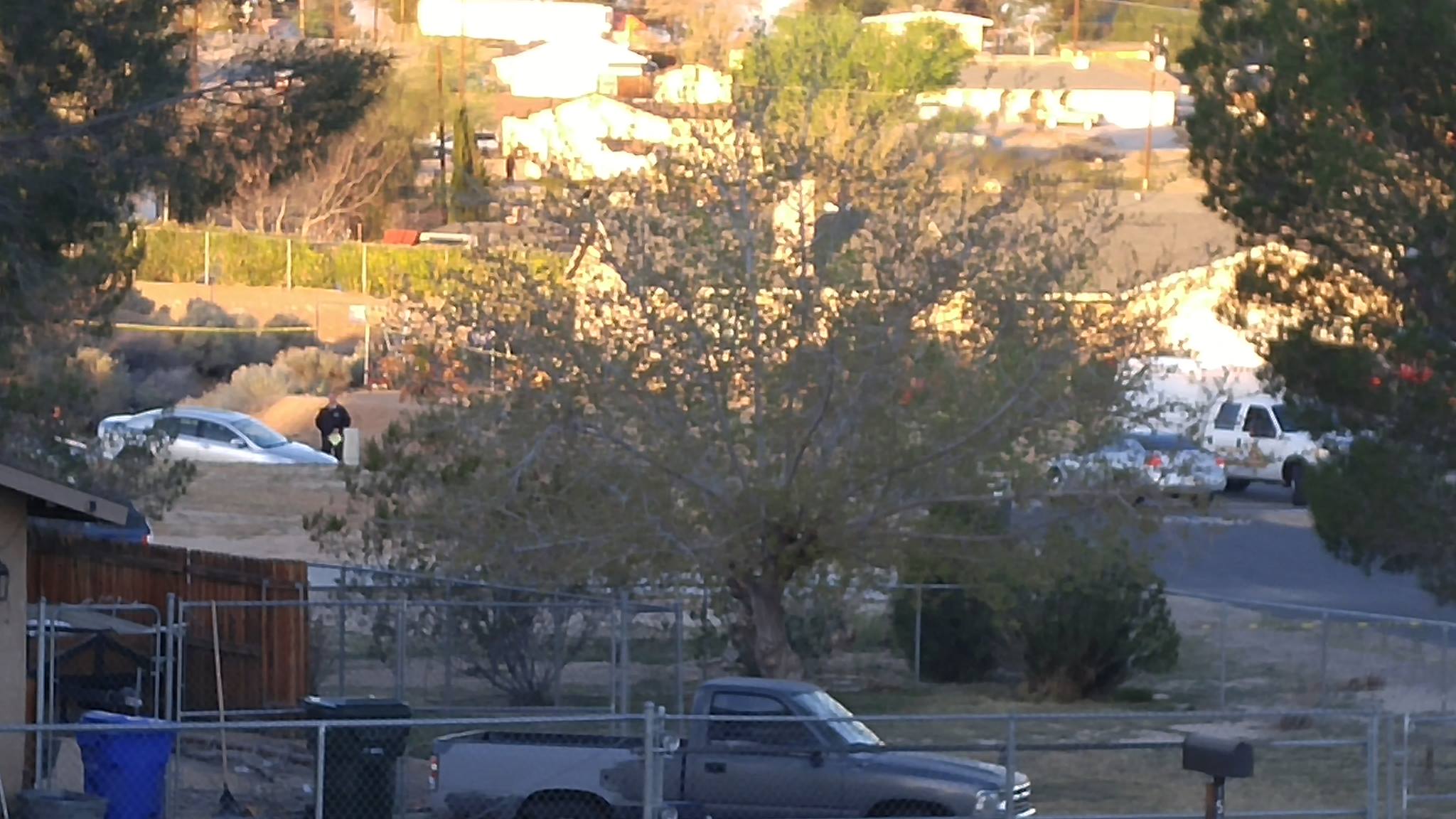 VICTORVILLE-(VVNG.com): A 23-year-old Victorville man was arrested Thursday morning for the murder of an adult female found shot dead in a running vehicle Wednesday night. That March 16th night in the area of  Llano Lane and Barranca Way in Victorville was a bit busier than usual with  a nearby gathering, and two calls reporting that gunshots were heard at around 9:15 p.m. and again around an hour later.

Neighbors told Victor Valley News on Wednesday night that they witnessed the running vehicle there with the headlights on, but even driving by they did not see that it was occupied. Finally, a man from a neighboring home walked over to the vehicle and discovered the woman with a gunshot wound to her upper body.  He immediately called 911.

When deputies arrived they quickly located the deceased woman and called for Homicide detectives. Through investigation, the suspect was identified as Marco Antonio Pimentel. Detectives located Pimentel at a Hesperia residence. He was booked into the High Desert Detention for murder charges and is being held in lieu of $1 million.

The investigation is ongoing and no further information is being released at this time. Updates will be issued as new information becomes available.