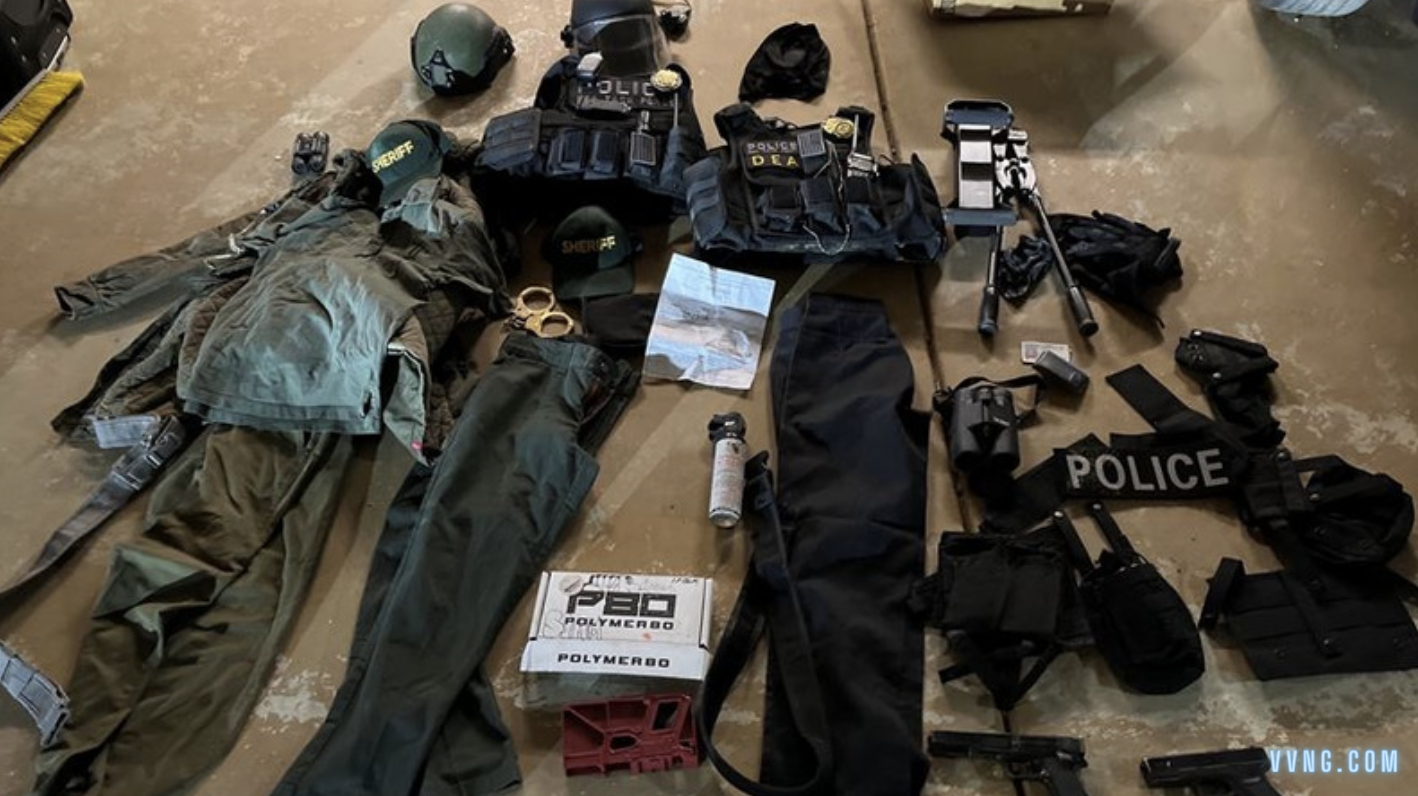 LUCERNE VALLEY, Calif. (VVNG.com) — Police arrested a Lucerne Valley couple after they barricaded themselves inside an attic and prompted a standoff that lasted several hours.

It happened on Saturday, February 12, 2022, at about 4:45 pm, when deputies from the Victor Valley Sheriff’s Station attempted to contact the suspect identified as 35-year-old Bobby Bohannon at his residence in the 8000 block of Pumalo Avenue in Lucerne Valley.

Sheriff’s officials said it was reported to law enforcement Bohannon had made threats of violence to family members. When police arrived at the location the suspect refused to come out of his home.

Bohannon and his 19-year-old girlfriend Kayden Cotter, also a resident of Lucerne Valley, barricaded themselves in the attic.

According to a news release, “during a search of the residence, a Butane Honey Oil Lab (BHO) was located. Several fake firearms, ammunition, body armor, ballistic helmets and fake search warrants were located inside the residence. Bohannon’s vehicle had been wired to have flashing blue and red lights.”

Bobby Bohannon and Kayden Cotter were booked at High Desert Detention Center. Cotter is being held in lieu of $100,000.00 bail. Bohannon is being held without bail.

The investigation is ongoing and anyone with information is asked to contact Deputy J. Mora, at Victor Valley Sheriff’s Station 760-552-6800. Callers can remain anonymous and contact We-Tip at 800-78CRIME or www.wetip.com.