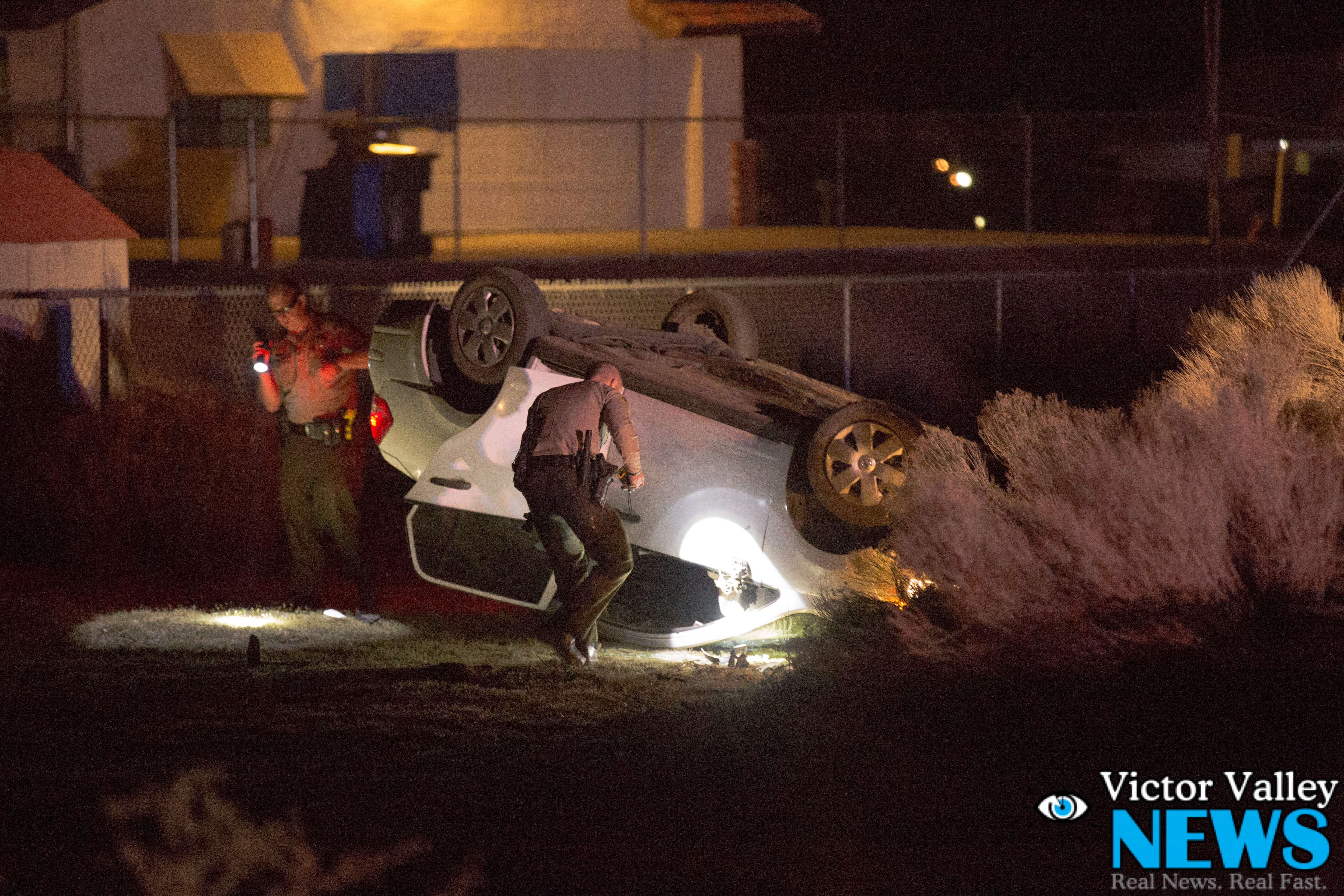 VICTORVILLE:(VVNG.com)- On Wednesday, March 18, 2015 at approximately 11:30 P.M., a high-speed pursuit was called into dispatch. For unknown reasons the vehicle occupied by two failed to yield to the deputy’s lights and sirens.

Per scanner traffic, the white Nissan Sentra, continued traveling at 100 MPH and failed to stop at a posted stop sign at El Evado Road and Dos Palmas Road.

The vehicle continued northbound on El Evado Road at a high rate of speed. As the vehicle approached Hopland Street the driver lost control of the vehicle causing it to roll-over and eventually land in an empty dirt lot.

Ground units as well as a Sheriff’s helicopter searched the surrounding area for a possible second suspect believed to have foot-bailed from the vehicle. No information on if any additional arrest had been made was available at the time of this article.

An air-ambulance was requested to transport the driver, 22-year-old Robert Janrhett to Arrowhead Regional Medical Center. Janrhett was booked at High Desert Detention Center for evading a police officer and driving under the influence.  He is being held in lieu of $100,000 bail.