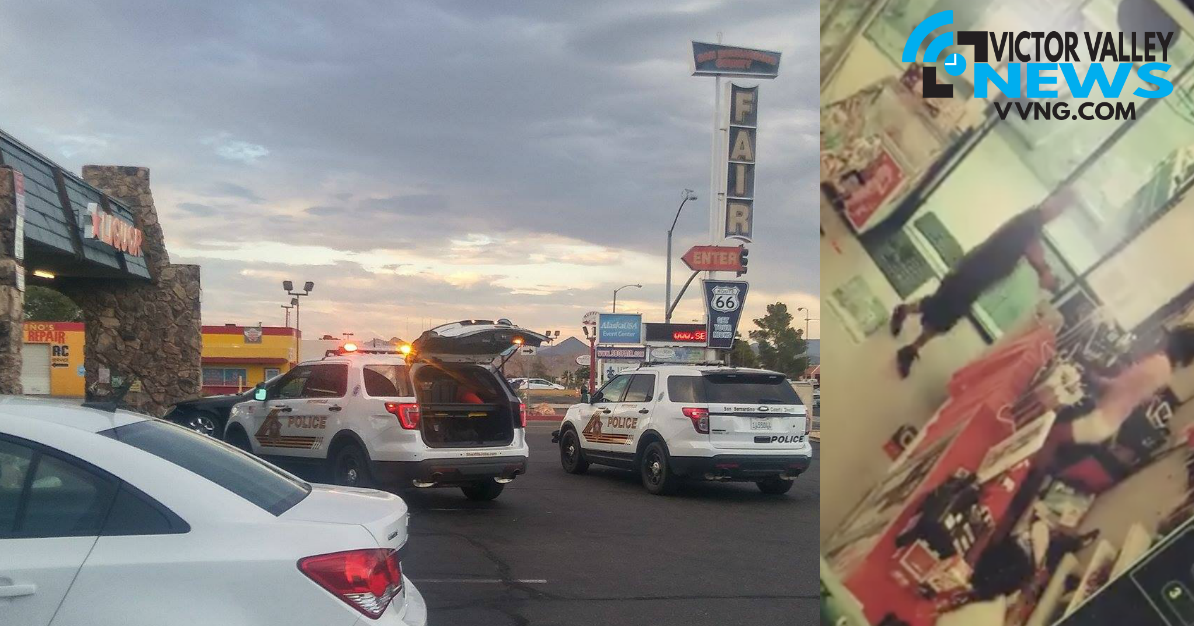 VICTORVILLE, Calif. (VVNG.com) An armed suspect remains at large after he shot at two employees who refused to sell him a single cigarette, officials said.

At approximately 6:45 p.m. the suspect entered the store and asked the clerk behind the counter to sell him a single cigarette.

“The employee refused to sell the male suspect a single cigarette and the suspect brandished a firearm,” stated sheriff’s spokeswoman Mara Rodriguez.

According to Rodriguez, the employee retrieved a firearm and at that point, the suspect fled the store.

“While fleeing the store, the suspect fired his gun in the direction of the store employees,” stated Rodriguez.

The bullet shattered the front window of the store, narrowly missing the male and female employees behind the counter.

Neither of the employees were hurt in the shooting.

Prior to deputies arrival, the suspect fled the scene in a black BMW with a sunroof, per scanner reports.

The suspect is believed to be a Hispanic male last seen wearing a black t-shirt, black shorts, and a gray hat.

Detectives are investigating the shooting. Anyone with information is urged to contact the Victorville Police Department at (760)241-2911.