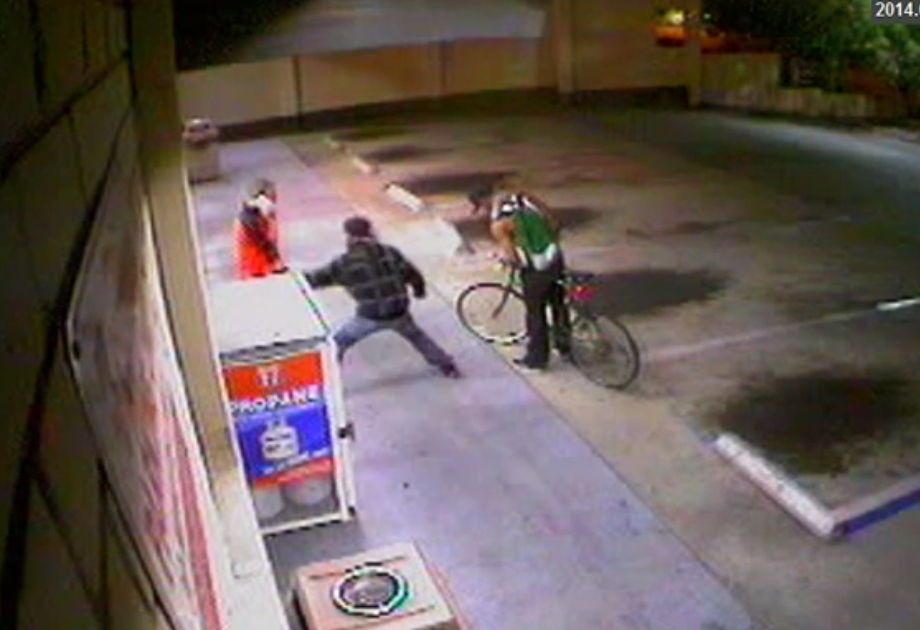 RANCHO CUCAMONGA:(VVNG.com)- Rancho Cucamonga Detectives are releasing surveillance video of the stabbing that occurred on Sunday, August 31, 2014. The victim, 45-year-old Tansel Kucukseyhan, was outside of the 7-11 convenience store located on the 9400 Block of Baseline Road, Rancho Cucamonga when he was approached by two male suspects.

One of the suspects attacked the victim, stabbing him at least twice, and snatching the victim’s cell phone from his hand. Kucukseyhan was hospitalized in critical condition, but his condition is improving.

Detectives are asking for assistance from the public to identify the suspects involved. Anyone with information regarding this investigation is asked to contact the Rancho Cucamonga Police Department, Detective Oros at 909-477-2800. You may also make an anonymous call to We-Tip at 1-800-78-CRIME.