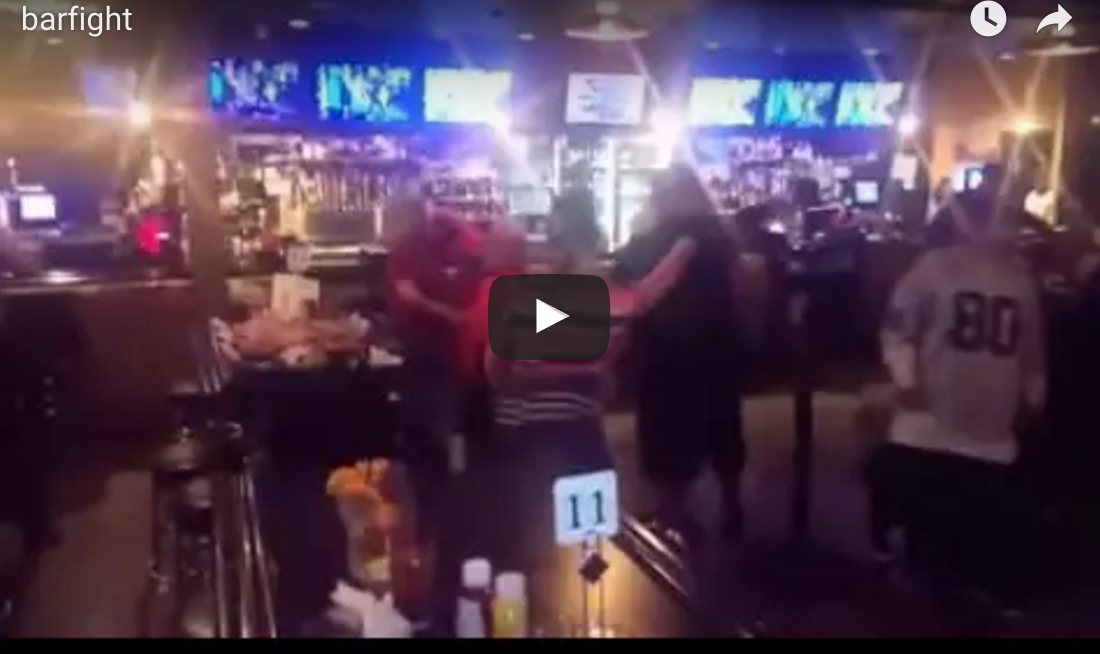 HESPERIA-(VVNG.com): At least four people were injured and four were arrested after a huge Sunday night brawl at the Whiskey Barrel Saloon located on the 12000 block of Mariposa Road. Hesperia deputies were dispatched to the large bar fight just before 8:00 p.m.

An on-scene witness told Victor Valley News that at least thirty people were involved in the brawl, although at least one witness, per scanner traffic, claimed up to 100 people were involved. Officials from the San Bernardino County Sheriffs Department said that there were about 12 subjects involved in the fight and the fight did appear larger due to several others attempting to break up the fight.

The bar fight became dangerous when bar stools were thrown and mace and tasers were being used. Deputies requested a lot of saline solution in order to clean the mace from the eyes and skin of those it made contact with. Several others suffered injuries sustained by the airborne barstools making contact with them.

Upon the deputy arrival, the crowd dispersed and the fight subsided. Deputies requested five ground ambulances for four patients and triage for a fifth.

Four were arrested for assault with a deadly weapon after witnesses were interviewed and video surveillance was reviewed. Of those arrested, were Hesperia residents Carey Lee Young, 51, Casey Lee Young, 25, and Cody Lee Young, 20.  The fourth arrested was 31-year-old Victorville resident, Khad Carlos Frazier.