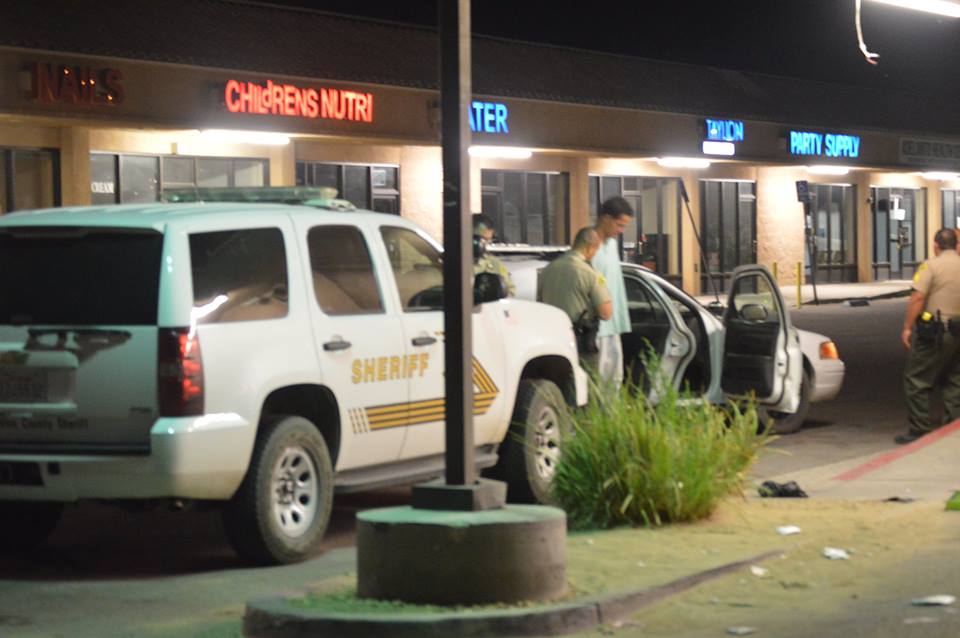 ADELANTO:(VVNG.com)- Dispatch received calls reporting an attempted robbery at Michael’s Market and Liquor in Adelanto. The suspects described as two black male adults were reported to have entered the store located on the 11300 block of Barlett Avenue and Bellflower Street just after 11:00 p.m., on Sunday., October 5th.

Per scanner traffic, there were shots fired while other customers that were in potential danger of being shot. Within a matter of minutes police were on scene and the two suspects were in custody. After obtaining the suspects police cleared the store. No bystanders or customers were injured during the robbery.