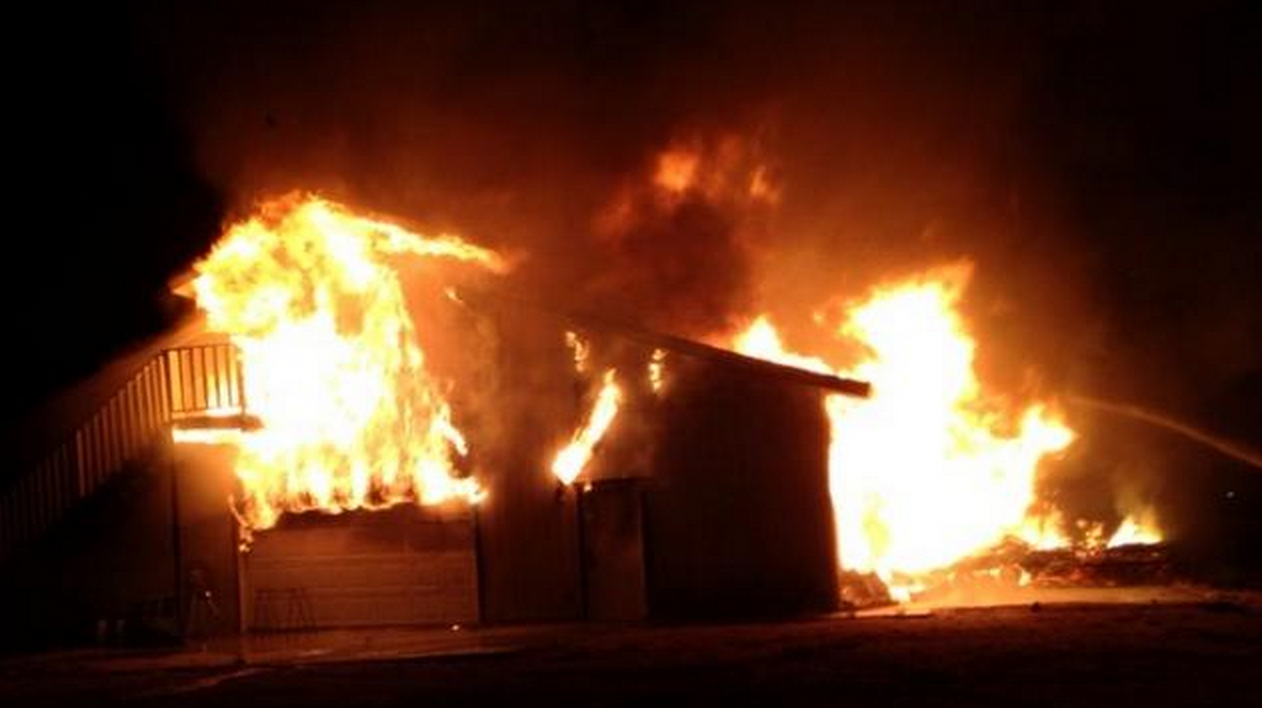 WRIGHTWOOD-(VVNG.com): The San Bernardino County Fire Department firefighters arrived to the scene of a fire on June 28, 2015 at approximately 2:18 a.m.

Multiple reports of smoke in the area were made to dispatch at approximately 2:00 a.m. Sunday morning. The fire was located in the 6400 block of Paramount Road in the city of Wrightwood.Upon arrival, firefighters reported that the large structure was well involved. Efforts were hindered by lack of a nearby water supply.

The building was not occupied at the time of the blaze. According to fire officials, the building was being used as a garage and a metal and wood fabrication area.

The fire is believed to have caused by a nearby RV catching fire and spreading to the adjacent approximately 4,000 square foot building. Firefighters were on scene for approximately 4 hours and although they were unable to save the building, the RV, and two other vehicles, they were able to stop the extension to other nearby vehicles, structures and vegetation.

There were no injuries reported as a result of the fire. The cause of the fire is still under investigation at this time.