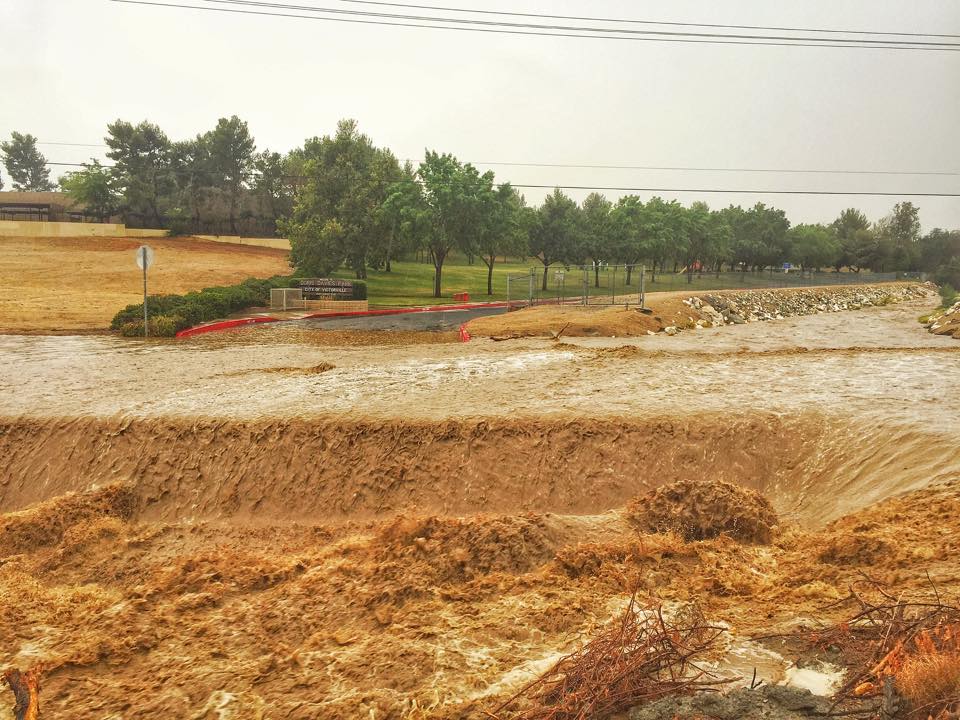 The heavy downpour caused nearly immediate flooding and prompting many street closures. The burn area in the Cajon Pass had reports of mud in lanes of traffic due to the heavy rains.

People reported streets looking like rivers and flooding just about everywhere in the Victor Valley. Many vehicles stalled at intersection due to water collecting to almost 3 feet high on some streets.

Flash flood warnings once expected to end at 6:30 p.m. have been extended for some areas through 8:30 p.m. Victor Valley residents are expected to have overnight clouds as well as high humidity throughout Sunday night. The highs for Monday, July 20th, according to weather.com, should be 83 degrees with lingering partially cloudy skies until about 11:00 p.m. Monday night.

The Victor Valley can expect winds from 12-15 miles per hour during the day and increasing to up to 20 miles per hour at night. During the remainder of the week, the weather is expected to be clear and sunny with daytime temperatures slowly increasing  to 96 degrees by the weekend.

For more photos, videos, and real-time updates join us in our Facebook group: www.facebook.com/groups/victorvalleynews 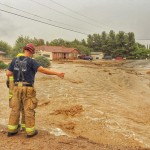 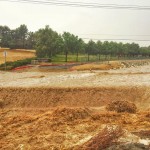 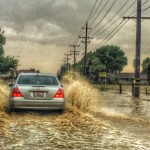