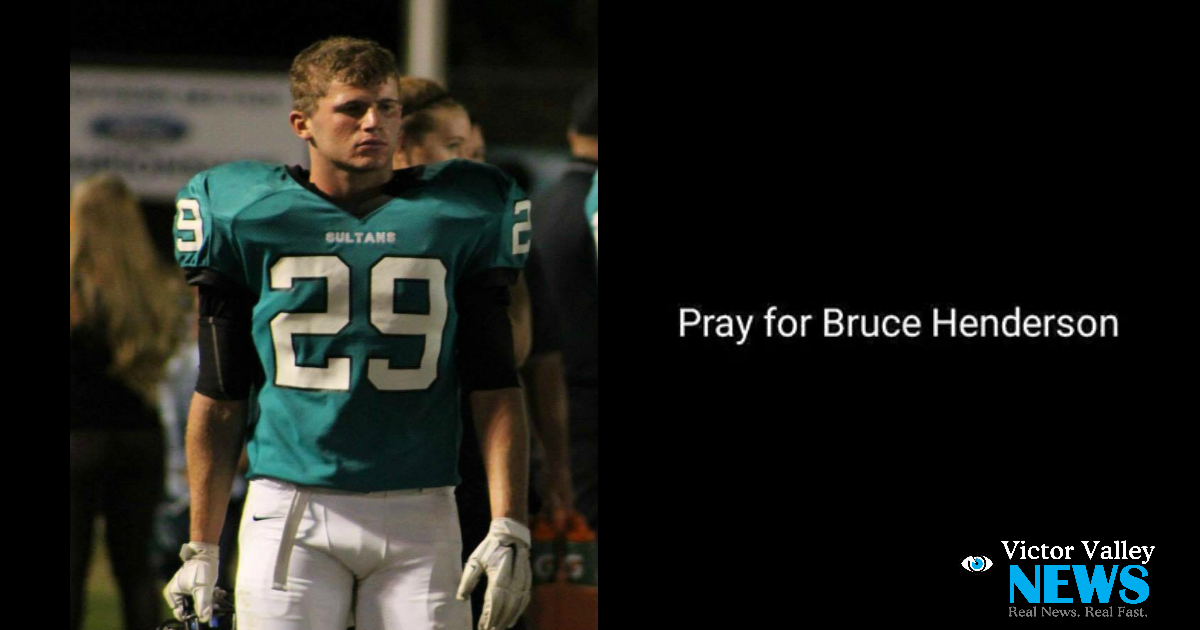 Bruce Henderson is player #29 for the Sultana High School football team the Sultans. Bruce was critically injured during a game against Norte Vista High School, which was being played at Sultana high School.

The tragic accident happened in the 4th quarter with just 52 seconds left on the clock. According to a source at the game, as Sultana started the play, Norte Vista was within 20 yards of Sultana’s end zone when Bruce sustained a helmet to helmet hit.

Bruce was able to get up after the hit and made it to the team huddle. That’s when he went off to the field and sat down. After a few minutes, Bruce stood back up and told the coach he wasn’t feeling well and passed out.

He was transported by ground ambulance to Desert Valley Hospital where he was eventually stabilized before being flown to Arrowhead Regional Medical Center.

Bruce underwent emergency surgery to reduce swelling and pressure to his brain, according to a post on Facebook.

In another Facebook post, his mom Katrina Sarbeck Henderson said, Bruce did “good” in surgery, however, he had not yet woken up.

“Still have a very long road to recovery. They said [Bruce] could be in here for 3 months. Depends on how long it takes for swelling to go down,” said Katrina.

Family and friends have taken to social media to express support and prayers for Bruce. They have also started collecting gas cards and gift cards to help the family with their trips back and forth from the hospital. Anyone wishing to help can meet at the Sultana High School football field parking lot at 1:30 p.m. on Sunday and Monday.