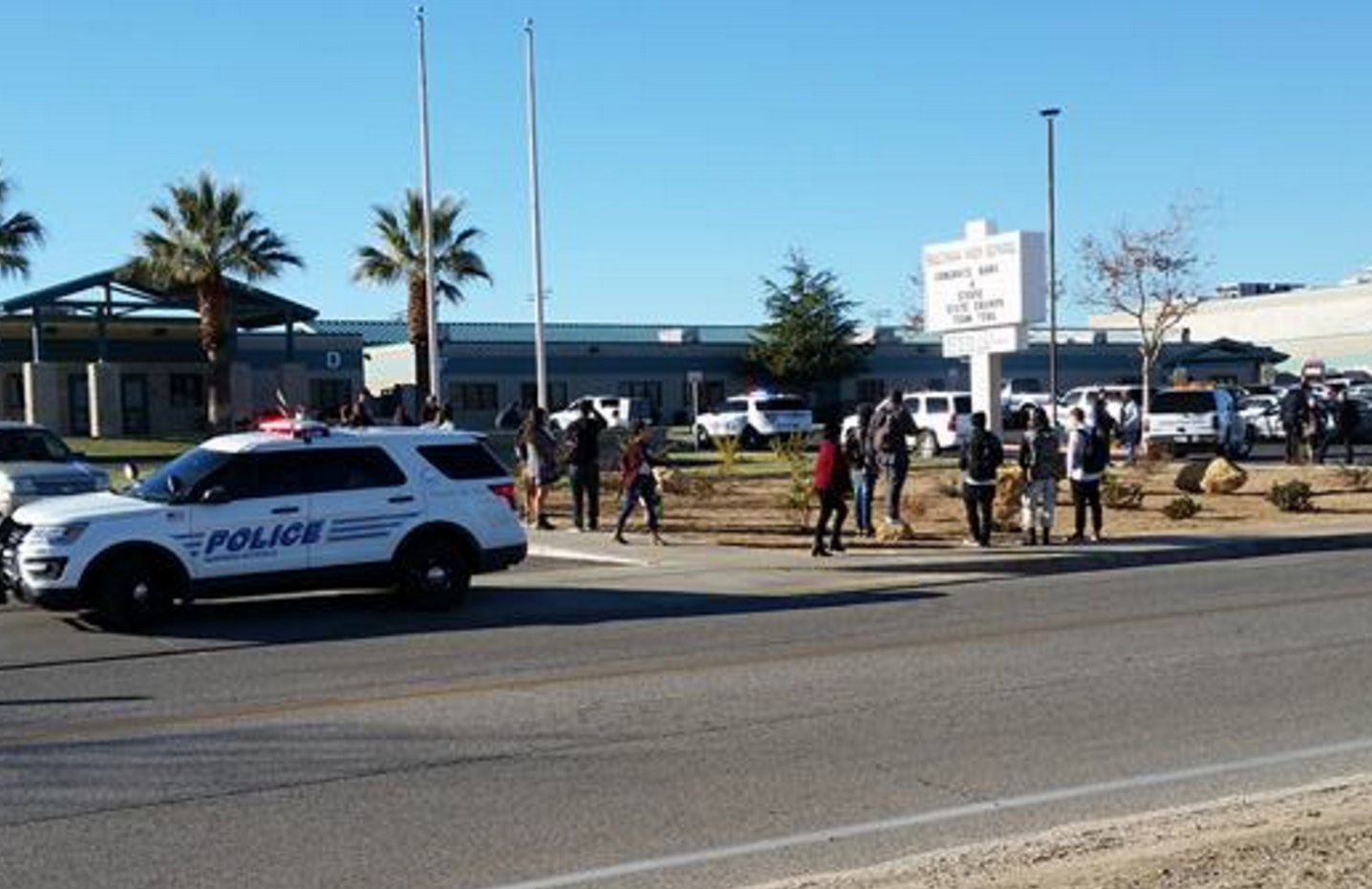 HESPERIA-(VVNG.com):  At about 8:45 a.m. Friday morning, in an act that some parents describe as paranoia, but others welcome as a precautionary measure the students of Sultana High School filed out of their classrooms and into the baseball field.

Some early rumors called it a “bomb threat” while other rumors were spread by parents receiving text messages from their children. Early on information as to a student being in possession of a knife was reported, but is also being denied.

The Hesperia School District issued a statement through Facebook at about 9:50 a.m. saying that what was found was a vial of unknown substance that was in the possession of a student.

David Olney, the Assistant Superintendent for the Hesperia Unified School District said, “The evacuation was due to a small vial of an unknown powdered substance rumored to be an explosive, but turned out to be nothing more than cosmetic makeup.”

Once deemed safe about a half-hour later, the students were allowed back to class. Some students were picked up from school early by their concerned parents. “The staff there was not forthcoming with information because they didn’t have it. Kids were jumping fences to leave. Parents were told to go to football field to check them out then told to go to the front office. It was just a mess,” said Paul C Lester.