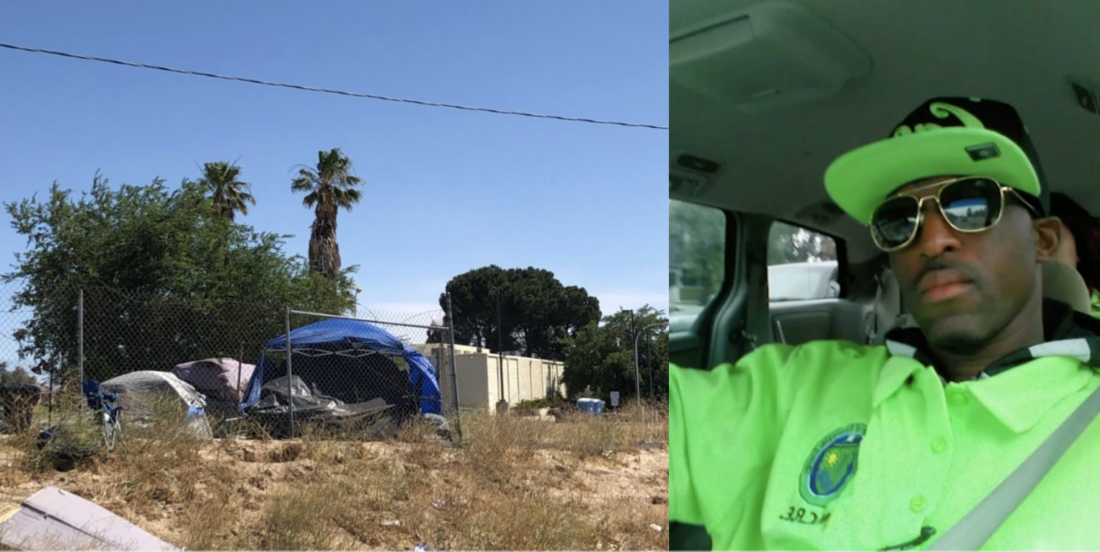 VICTORVILLE, Calif. (VVNG.com) — The family of Malcolm Harsch provided a statement to Victor Valley News after reviewing video footage that revealed more details leading up to his death.

38-year-old Malcolm Harsch of Victorville was found hanging from a tree near a homeless encampment on May 31st at 7:07 a.m. near the area of Culley Circle and Culley Street.

That day, the San Bernardino County Sheriff’s Dispatch received a 911 call from a female saying her boyfriend hanged himself, according to a previously published article by VVNG.com.

Many people in the community and across the world expressed concern after the Sheriff’s Department initially gave the statement that foul play was not suspected in Harsch’s death.

Members of the community, and Harsch’s family demanded answers and a thorough investigation at a time when details into the investigation were limited, and because of another hanging death reported in the city of Palmdale involving a black male adult, Robert Fuller, which fueled rumors that Harsch’s death may have been a lynching.

As the investigation into the death of Malcolm Harsch continued, detectives obtained surveillance video from a vacant building near the location where Mr. Harsch’s body was discovered. The video confirmed the absence of foul play.

Detectives also located and met with local family members of Mr. Harsch. The evidence from the case, including the surveillance video, was shown to the family members per their request.

On Friday, June 19th, 2020, the San Bernardino County Sheriffs Department invited members of the media to their headquarters located at 655 E. Third Street in San Bernardino, for a briefing on the incident.

The investigation was explained to members of the local media, including Victor Valley News, and they were allowed to view evidence from the case, including the surveillance video.

Victor Valley News can confirm that we have independently reviewed the footage, along with other news outlets in attendance, and as a trusted voice of the community, we also concluded that Mr. Harsch appears to have died from an apparent suicide.

Although there remains no sign of foul play, the forensic pathologist is waiting for toxicology results before assigning the cause and manner of death.

“Our goal was to get answers during a time when we weren’t even getting a simple response. After reviewing the site and actual video footage with detectives, it is with a heavy heart that we now know the cause and manner of death of Malcolm Harsch,” stated Harmonie Harsch, the sister of of Malcolm Harsch.

“We thank EVERYONE for their support during our search. We want to especially acknowledge Victor Valley News, Paul of Victory Outreach, the 1st responders, Sergeant Allen, and the San Bernardino county officers assigned to the case and Marcel Honzu for your assistance in our need for closure. We urge you all to continue your efforts concerning the hanging deaths of African Americans. If you or someone you know may be suicidal please seek help.”

The family has asked for their privacy to be respected as they process the sensitive information provided.

The Sheriffs Department made the decision to reveal the footage to certain members of the media for the overall transparency in the case.

If you or someone you know may be contemplating suicide, call the National Suicide Prevention Lifeline at 1-800-273-8255 or text HOME to 741741 to reach the Crisis Text Line. In emergencies, call 911, or seek care from a local hospital or mental health provider.