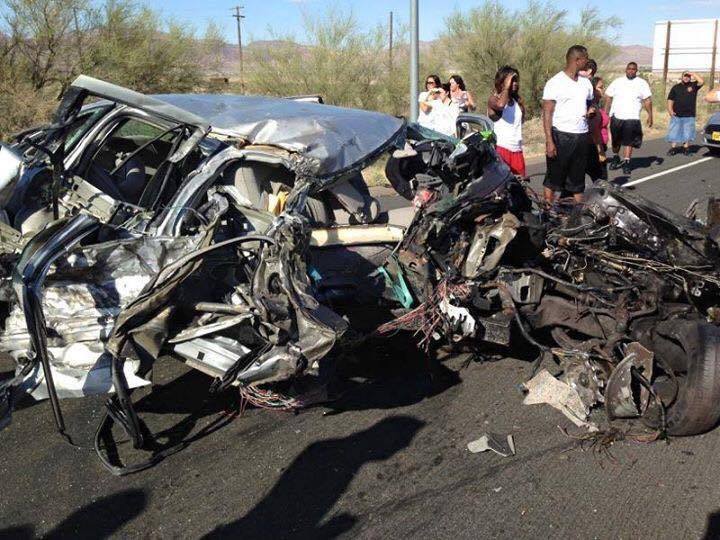 YERMO-(VVNEWS.com): A 22-year-old Las Vegas woman was airlifted for treatment of serious injuries after entering the I-15 Southbound north of Ft. Irwin Road heading north.

At approximately 5:00 P.M., on Sunday, May 3rd the woman, believed to be suicidal, caused a three vehicle traffic collision.

The major injury traffic collision closed all southbound lanes of the I-15, prompting traffic to exit various off-ramps and use side roads.

The woman hit the right rear side of a tractor-trailer traveling south in the far right lane. The semi lost control , hit  a passenger van then overturned, causing a fuel spill on the roadway. The parties of the other vehicle were treated and released from a local hospital

According to authorities, the traffic collision was determined to be a deliberate act which prompted an investigation.  The investigation  was handled by the Sheriff’s Department.

Deputy Halterman spoke with multiple parties involved in the collision and rescue personnel. He learned the subject made comments to paramedics which lead him to believe the subject attempted to commit suicide.

CHP re-opened one lane of the freeway at approximately 8:30 p.m., but remained on scene until removal of the overturned semi and clean up was completed. Southbound I-15 was completely opened on May 4, 2015 at 2:50 a.m.