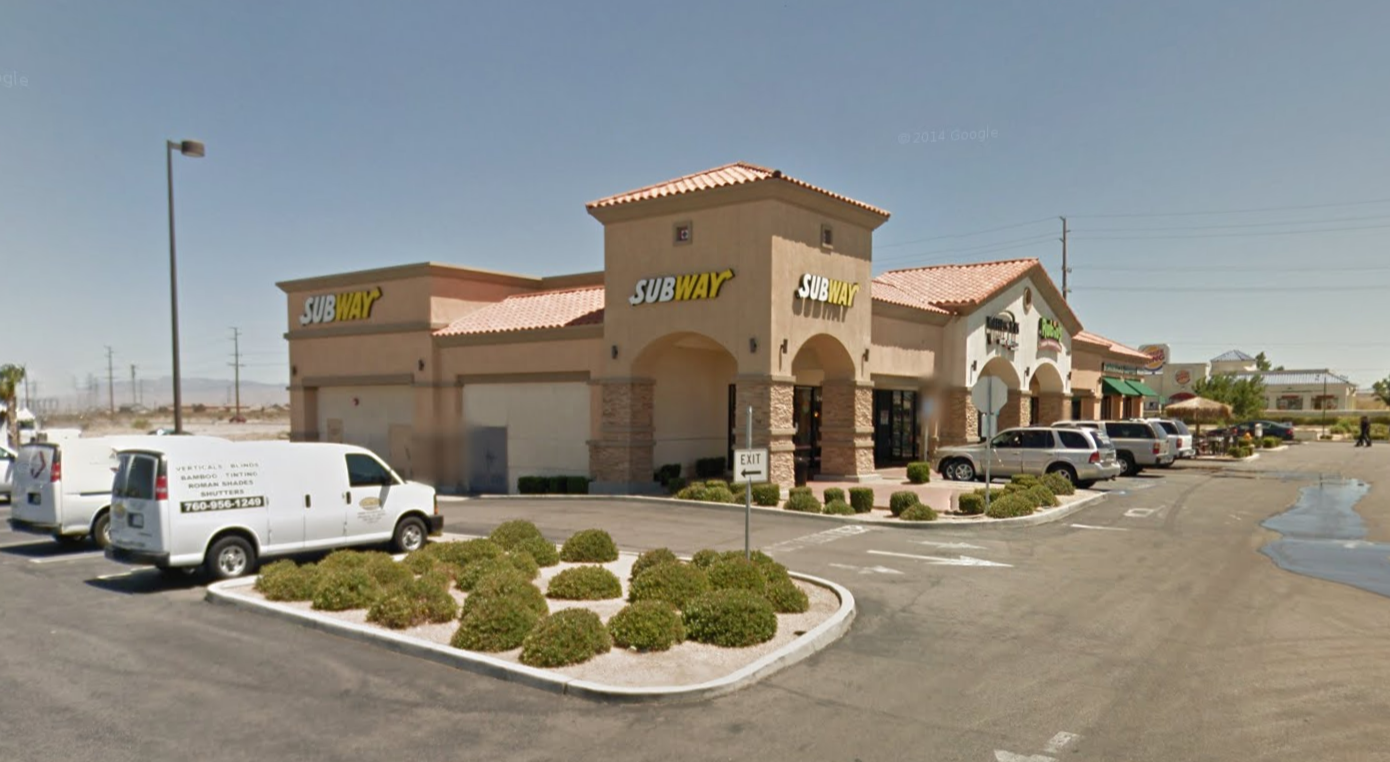 ADELANTO : (211) – An armed robbery was reported at Subway restaurant located in the Adelanto Market place at 14148 US-highway 395.

An unidentified suspect armed with a black hand gun entered the business wearing a black hoodie and dirty jeans just before 9:00 p.m, on Wednesday and demanded cash.

The suspect is described as a white male adult, 5’11”, with a thin build and reported to have gray/blonde facial hair possibly in his late 50’s or early 60’s.

Per scanner traffic, approximately $600 in cash was taken in a clear Subway bag. No injuries were reported to any of the employees at the location.

More details will be posted as they become available.  To follow this post in real-time join our FB group “VVNG” with over 33,200 members.