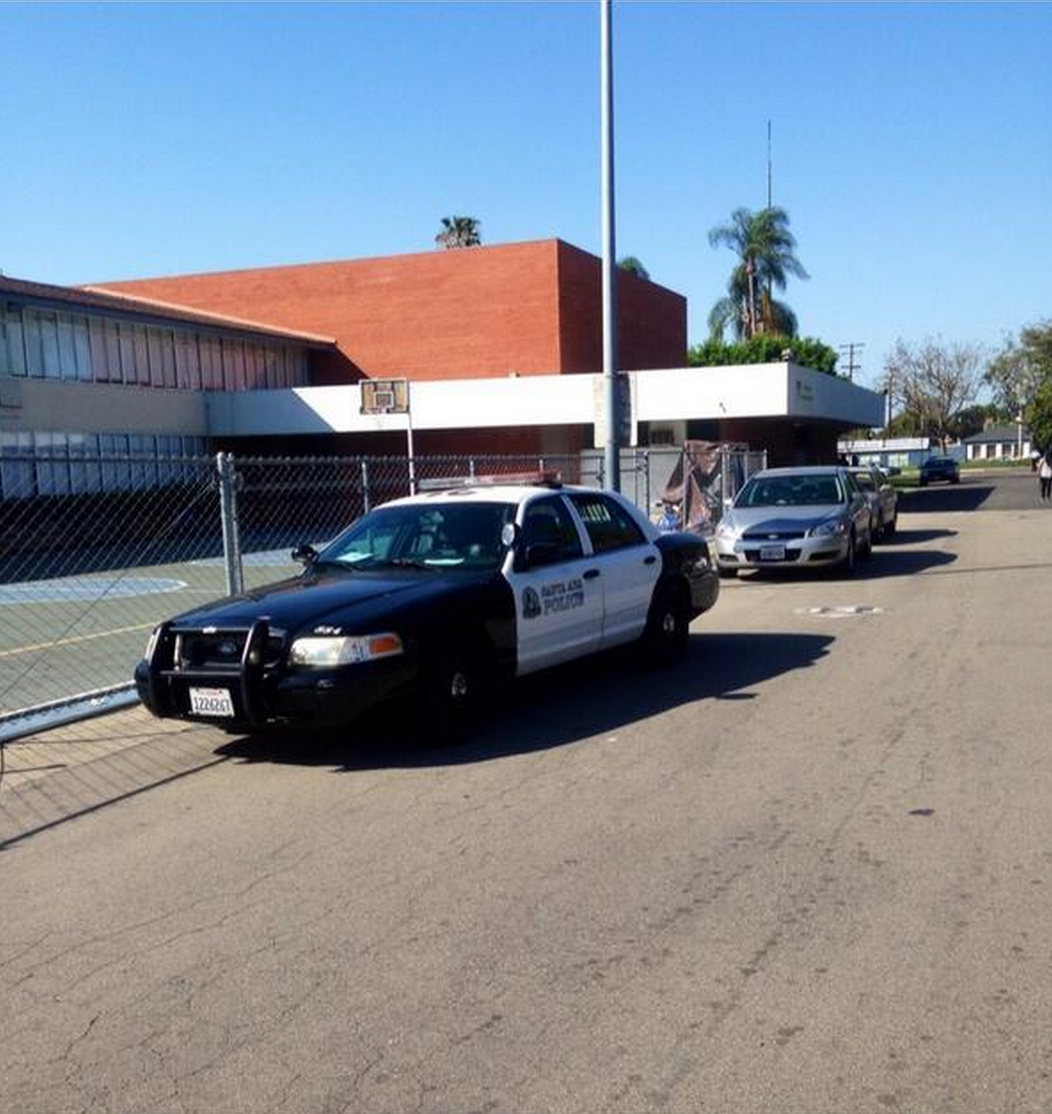 SANTA ANA: On 3-17-2014, at approximately 7 PM, the principal at NOVA Academy Charter School (1010 West 17th Street) called the Santa Ana Police Department to report that one of the school’s students had sent threatening emails to his ex-girlfriend, who is also a student at the school.

Police officers made contact with the suspect, who provided the names of the students he intended to kill. Officers obtained an emergency restraining order on behalf of the ex-girlfriend and the school. The suspect was detained and placed at juvenile hall.

The police department was notified immediately after the principal became aware of the threatened violence. We continue to work with the school to take proactive measures to strengthen the safety of the students and staff at the NOVA Academy. The suspect remains in custody and the investigation is ongoing.

NOVA Academy issued the following statement on March 18, 2014:
NOVA Academy has been made aware of a serious threat to a select group of our students. School staff takes any threat seriously and are working with local law enforcement to ensure the up most safety of our school community.

Currently, the student who made the alleged threats is incarcerated and does not have access to our students, staff, or our school site. The student is also lawfully restrained from coming within one-hundred yards of our school address. The families of any individual students, who may have been a subject of these alleged threats, have been contacted by NOVA and the Santa Ana Police Department this afternoon to inform them of the threat.

NOVA has taken proactive steps to secure our school. NOVA will have an armed guard onsite from 5:00 am until 10:00 pm Monday through Friday through at least April 11th, the beginning of our Spring break. We have also secured the assistance of the Santa Ana Police Department. NOVA and the Santa Ana Police Department will continue to work cooperatively to protect and update our students, parents and staff. NOVA staff will be available on campus from 8:00 am until 7:00 pm daily this week.
Student and campus safety is NOVA’s number one priority.