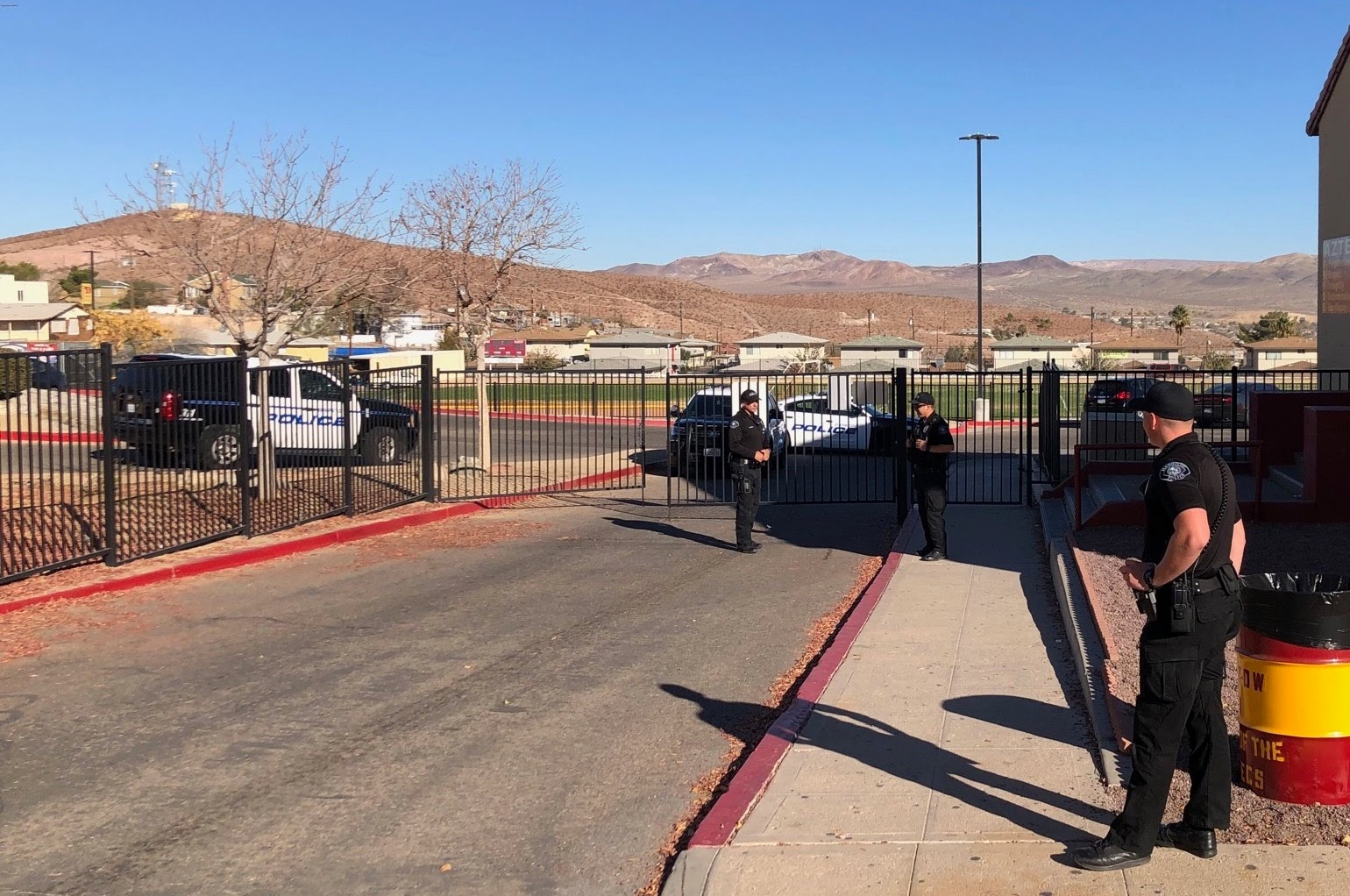 According to a post from the Barstow Police Department, the post stated that the subject was armed and implied that there was going to be a school shooting on Tuesday.

Detective Tom Lewis was assigned to investigate the Instagram post. During his investigation, he spoke to a parent who related that her 14-year-old son possibly knows the identity of the person who made the post. Detective Lewis talked with the 14-year-old and conducted further investigation and interviews.

Detective Lewis learned that the person who posted the Instagram message was a 13-year-old male student at Barstow High School and that he lived in the City of Barstow.

On November 18, 2019, at approximately 3:10 A.M., Detective Lewis and two Barstow Police Officers served a search warrant at the suspect’s residence.

They conducted a search for any firearms and contacted the 13-year-old male and both his parents.

Further investigation revealed that the 13-year-old was responsible for posting the threatening Instagram message.

A search of the residence revealed no firearms and the detective and officers confirmed that the 13-year-old does not have access to any firearms. All the evidence collected indicates that the 13-year-old posted the message on his own and no other students were involved in making this threat.

Detective Lewis placed the 13-year-old male juvenile under arrest and booked him at the High Desert Juvenile Detention Center for PC 422- Criminal Threats.

Barstow Police Officers and Detectives will continue to investigate and monitor this incident to ensure the safety of all the schools in the city.

Anyone with information regarding this investigation may contact Detective Tom Lewis or the Barstow Police Department at (760) 255-5187. Those wishing to remain anonymous may also provide information by calling the WE-TIP hotline at 1-800-78-CRIME.