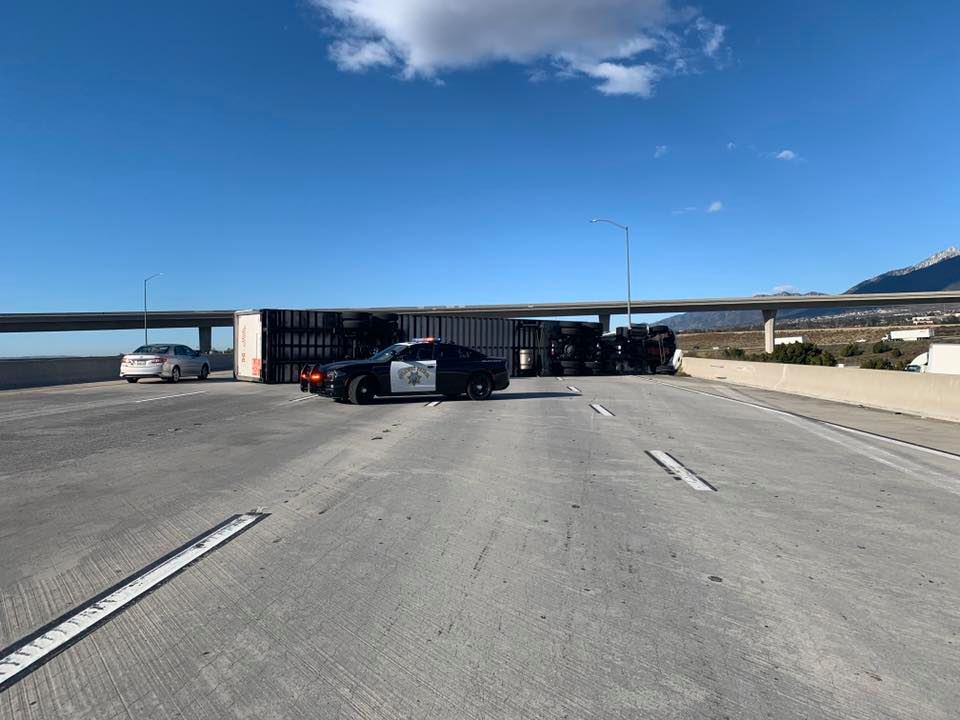 CAJON PASS, Calif. (VVNG.com) — Several semi-trucks have been blown over by wind gusts reaching up to 50 miles per hour on several freeways near the Cajon Pass.

Some of the strongest winds are being reported on the 15/215 south of the junction in Devore.

According to the California Highway Patrol incident logs, officers responded to the westbound I-210, just east of the 15 freeway for a semi that overturned at 8:50 am.

The incident blocked all lanes of traffic except the HOV lane prompting a SigAlert for the area. The driver of the semi was reported to have sustained minor injuries and was transported to Kaiser Fontana, per the logs.

At 9:00 am an overturned semi was reported on the other side of the eastbound 210 freeway, just east of Cherry Avenue. The driver said the truck was empty and no injuries were reported, per the logs.

Caltrans also reported an overturned big rig was blocking the no. 4 lane on the southbound I-15, just south of Sierra Avenue. The semi was pulled to the right shoulder where it will remain until the strong winds stop.

CHP is advising motorists traveling in the area to use caution.

A wind advisory was issued for the mountains foothills, and inland valleys on Monday afternoon by the National Weather Service (NWS). The NWS said the 40 to 50 mph wind-gusts were expected to die down at about 10:00 am Tuesday morning.