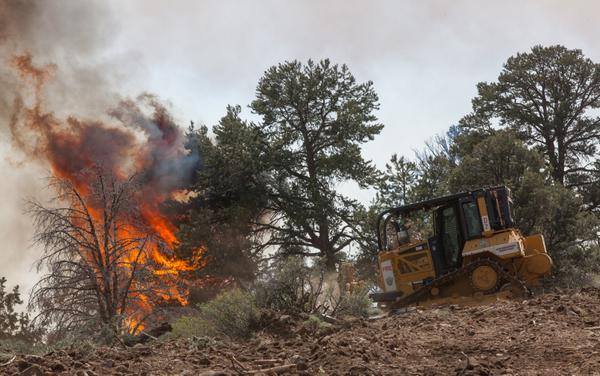 BARTON FLATS:(VVNG.com)- On Wednesday, June 24, 2015 a sudden shift in winds caused the Lake Fire to flare up in the area of Rainbow Lane near Onyx Summit. A large plume of smoke could be seen from many miles billowing high into the sky.

According to the latest information published at 1:36 A.M., the fire has burned 18,875 acres and is approximately 38% contained. A total of 1,922 personnel are actively fighting the Lake Fire.

Earlier today the SB County Fire tweeted that, “San Bernardino County Fire’s Gel Task Force mobilized to Lake Fire for structure defense in Rainbow Ln. Area.” As of 3:30 P.M., the fire had not hit any homes. DC-10s and air tankers have been making drops near the Rainbow Lane area.

Approximately 360 campers are being evacuated from Camp Oakes in the Lake Williams area. This is a precautionary evacuation due to the large number of campers.

Sorry to say Camp Oakes is being evacuated. Campers & staff are being sent to a local church then our bus company will be transporting campers back to their cities. All campers and staff are safe. We will keep you posted as more information comes in.

The American Red Cross Evacuation Center is located at the Big Bear Community Church, 40946 Big Bear Blvd, in the city of Big Bear. CERT is on-scene to meet campers at the evacuation center to address any immediate needs.

Additional information can be obtained by calling the Lake Fire info center (909) 383-5688, this phone line is activated during all major fires on the San Bernardino National Forest.

At approximately 5:00 P.M., fixed wing operations were shut down due to a done flying within the air space of the aircrafts. For the time being they’ve been relocated to other areas to help fight those fires.

More information will continue to be updated as it becomes available. 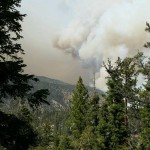 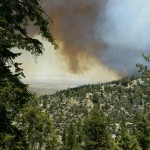 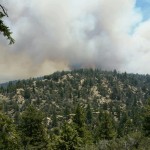