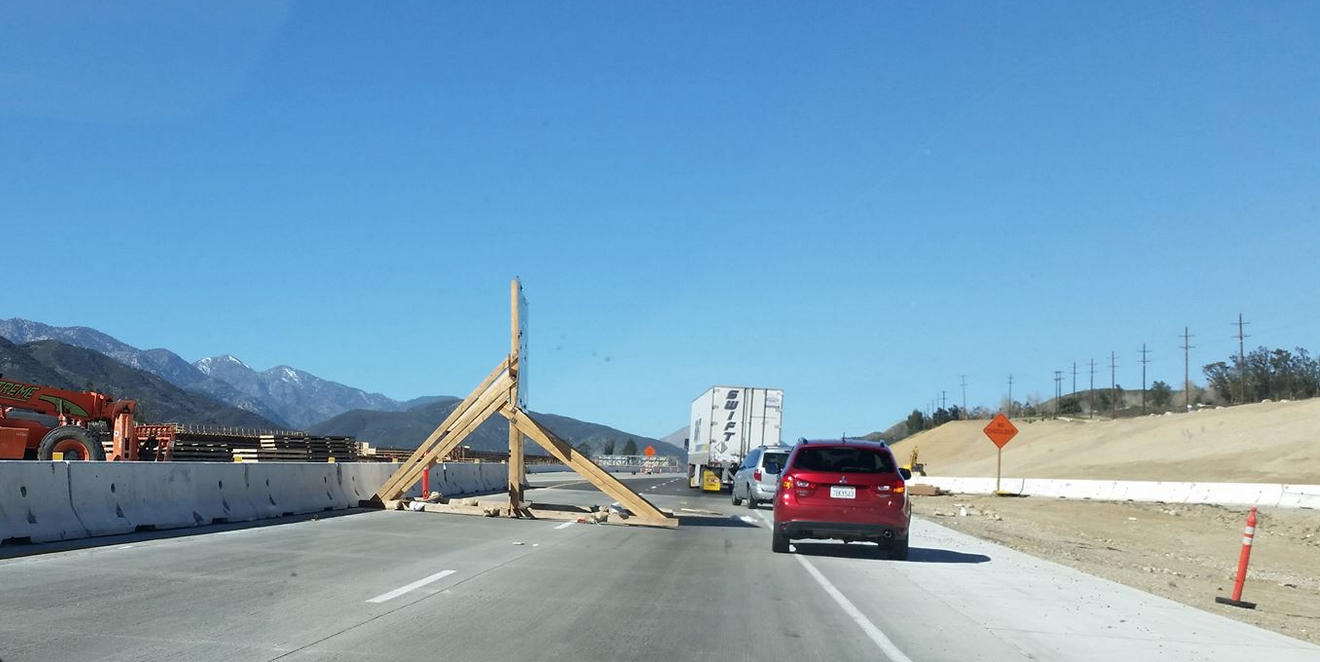 CAJON PASS:(VVNG.com)- The strong gusty winds caused a freeway sign to blow over and land in several lanes of the northbound 215 freeway at Interstate 15.

CHP required a traffic break in order to allow a construction crew using a forklift to flip the sign back over.

The roadway was cleared by 12:06 P.M, and no injuries were reported.

The San Bernardino County Sheriff’s Department would like to remind commuters to, “Take extra precautions while driving, slow down & keep hands firmly on the wheel.”

The National Weather Service has issued a High Wind Warning that will remain in effect through this evening.

Several flights scheduled to depart from the Ontario International Airport have been cancelled due to strong wind gust reported to be upwards of 60 MPH.