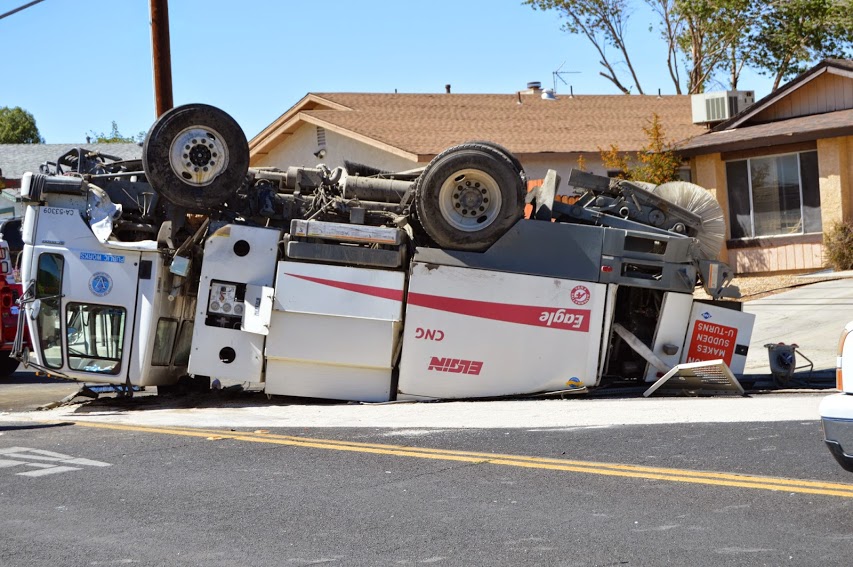 VICTORVILLE:(VVNG.com)- At approximately 1:35 p.m., a green Toyota 4Runner and a city of Victorville street sweeper were involved in a major accident. The collision took place just east of Yates Road and Bel Air Drive on September 2, 2014 and resulted in a fully overturned street sweeper and a totaled 4Runner.

According to the witness the driver of the 4Runner was driving erratically and lost control. The street sweeper had tried to avoid the collision but the four runner swerved and slammed into the side of the street sweeper causing  it to land on it’s roof. “The 4Runner ricocheted off and then slammed into the brick wall,” added Sarafina E. Silva-Marti.

Witnesses stated the driver of the 4Runner appeared to be in his early 20’s and was transported to a local hospital by ground ambulance for treatment. His injuries are currently unknown. “He was bleeding, looked like his hand was broke, he had a bad bump on his head and did not move for a while but when he did get up he was also walking around. It looked as if the airbag never deployed,” added Silva-Marti.

The roadway was closed from Yates Road and Bel Air Drive to Yates Road and Cypress Avenue while the area was cleaned up. At this time there is no information as to if alcohol or drugs were a factor in this accident. 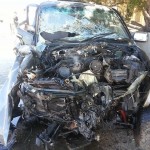 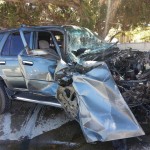 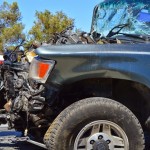 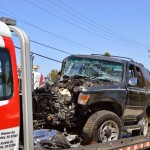 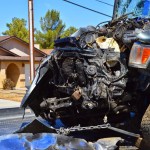 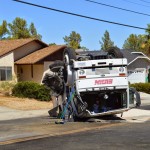 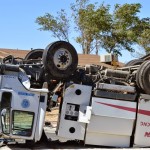 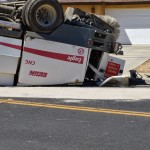 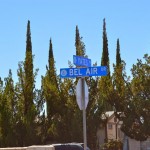