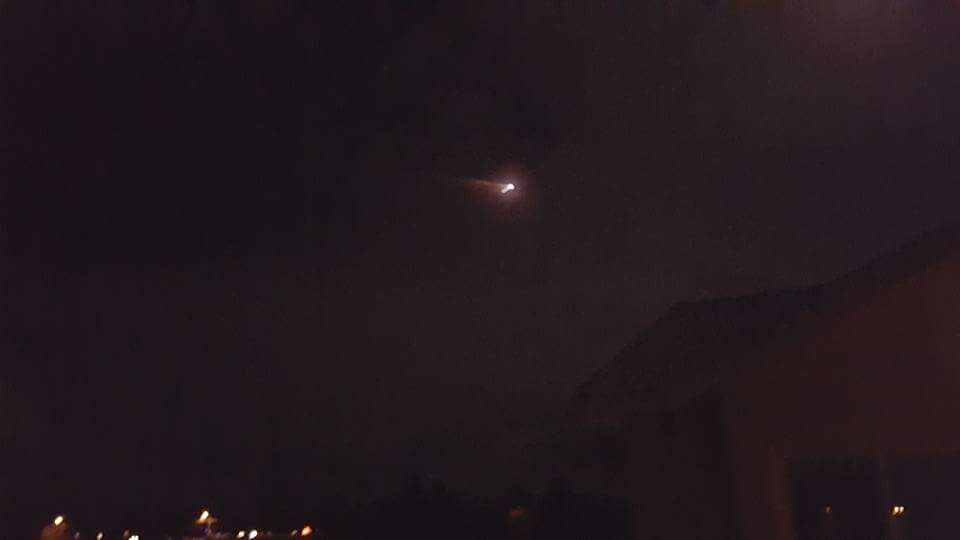 The object described as colorful and round fireball streaked across the western sky heading west just after 6:15 P.M., on Tuesday, December 22, 2015.

Below are a few of the comments posted by Victor Valley News members:

“It looked like a comet because it changed colors. Green to red. It was really cool,” stated Todd N Zabrina Martin.

“It looked like something entering the atmosphere and breaking up, reminded me of when the space shuttle burned up,” stated Jim Pryor.

Early unconfirmed reports are describing the “object” as a meteor or space debris (i.e. satellite) that was seen over several states including Nevada, Arizona and California. As of 6:30 P.M., there has been no official confirmation on what exactly the unidentified object was.

Did you see it? Send us any photos or videos by emailing news@vvng.com

@ktnv @reviewjournal Shooting star across Las Vegas & Henderson. From NW to SE past our house near AG Sports Park pic.twitter.com/RfpUD1fw4H

Related Article: Strange Light in the Sky Seen Across the Victor Valley