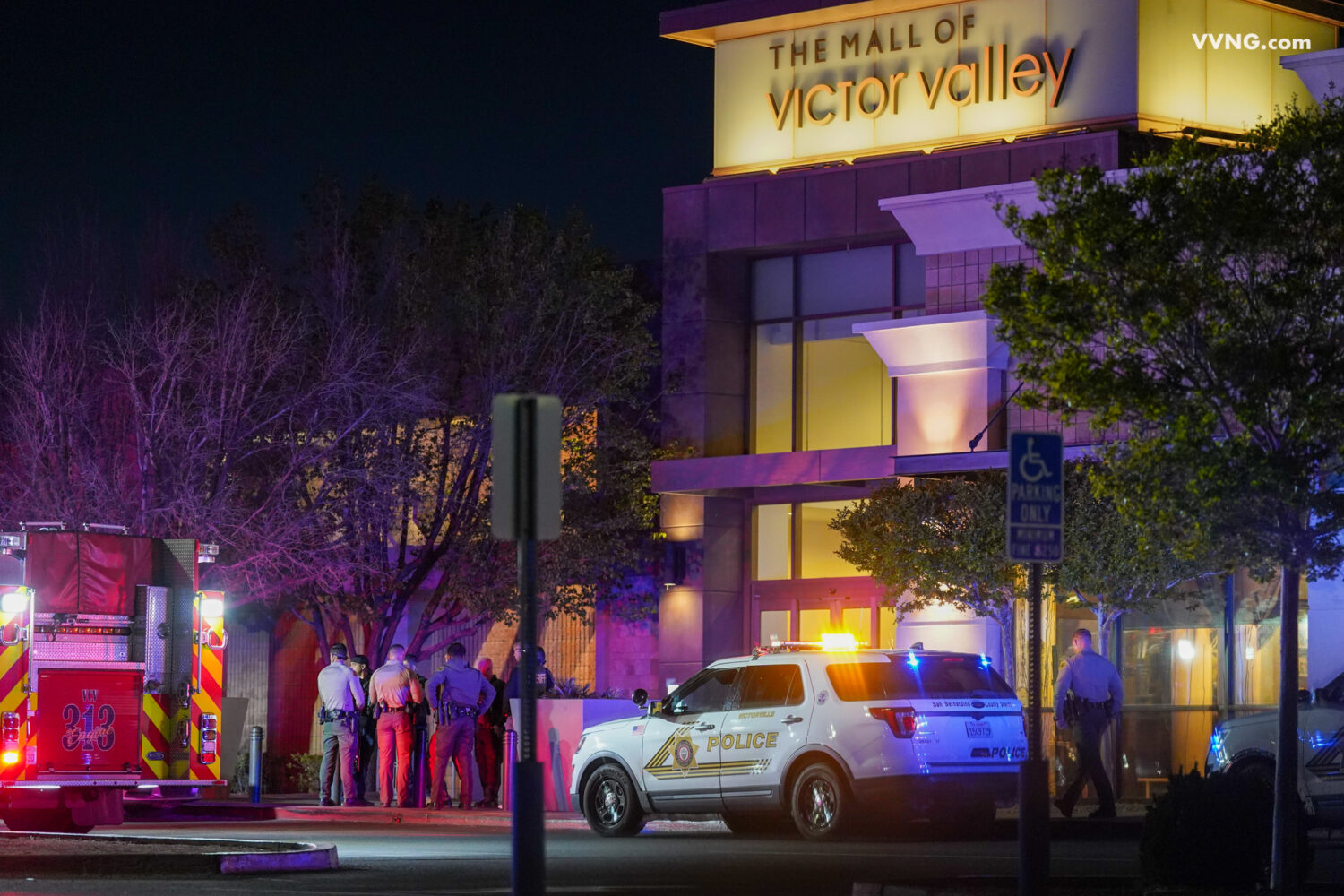 VICTORVILLE, Calif. (VVNG.com) — The 20-year-old co-owner of Sole Addicts was arrested for attempted murder following a shooting inside the Mall of Victor Valley that left a 9-year-old girl wounded after he allegedly chased shoplifters and fired multiple rounds striking the victim, officials said.

According to a sheriff’s news release, the first deputy arrived on scene at about 6:31 pm, and units from around the area along with the California Highway Patrol responded to assist in searching and clearing the mall.

Deputies rendered the area safe around the young victim who was treated by medical personnel and transported by air to Loma Linda University Medical Center.

“Through investigation, deputies determined the suspect Marqel Cockrell is the co-owner of Sole Addicts who chased two shoplifters out of his store.  Cockrell fired multiple shots at the shoplifters.  Cockrell’s shots missed the shoplifters and instead hit the 9-year-old female victim,” stated the sheriff’s news release.

The young girl was getting ready to take pictures with the Easter Bunny when she was struck.

After the shooting, Cockrell fled the scene.  At about 9:00 p.m., Nevada Highway Patrol located Cockrell in his vehicle and took him into custody.  Cockrell, a resident of Adelanto, was booked in at the Clark County Jail on an extraditable warrant, for attempted murder, in the amount of $1,000,000.

Related Article: Breaking: 9-year-old shot inside the Mall of Victor Valley in Victorville

UPDATE – Runaway juvenile from Apple Valley is back home