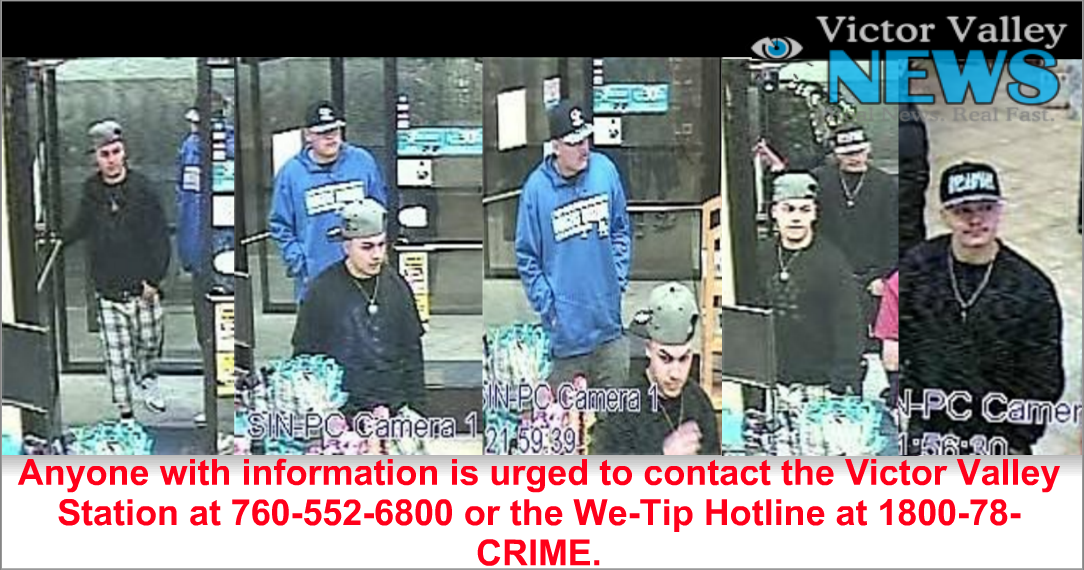 OAK HILLS-(VVNG.com):  The Grandview Chevron gas station located at 13302 Ranchero Road was the target for a recent theft that led to the injury of the store employee Tuesday night. At about 9:50 p.m. three unarmed Hispanic male adult suspects entered the location and attempted to leave with ½ gallon of liquor according to the store manager, Joel Rezk.

Rezk told Victor Valley News, “They were unarmed, but they did beat the clerk when he attempted to stop them.” The three men left the injured man fleeing the scene. The store clerk was treated for minor facial and head abrasions and is taking some time off as a result of the incident.

Sheriff deputies from the Victor Valley Station were able to collect evidence from the scene including video surveillance and a hat left behind by a suspect. Sheriff’s Spokeswoman, Pam Hoffman told Victor Valley News that no arrests have been made as of Thursday evening.

Anyone with information is urged to contact the Victor Valley Station at 760-552-6800.