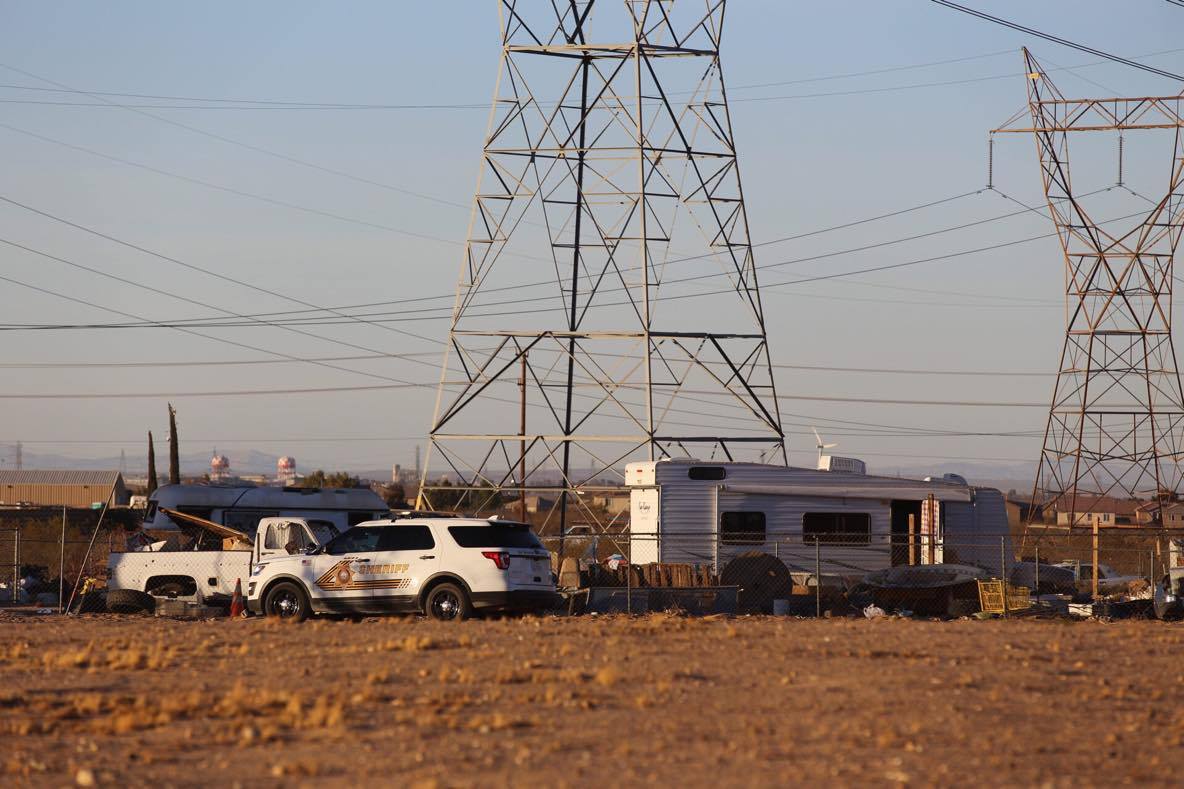 VICTORVILLE, CA:(VVNG.com)– A call from an observant citizen to dispatch resulted in the recovery of a stolen truck, trailer, and 3 ATVs, estimated to be worth $61,000.

On Friday, October 14, 2016 Deputy Case Solomon from the Hesperia Sheriff’s Station took a burglary report from a residence in Hesperia. The victim reported an unknown suspect entered the residence and stole property, including a Dodge truck.

On Sunday, October 16, 2016, Deputy Michael Catalano from the Apple Valley Sheriff’s Station took a report of stolen vehicles from a residence in Apple Valley. A suspect stole an enclosed trailer with 3 ATV’s inside.

On Wednesday, October 19, 2016 at approximately 5:11 pm the Apple Valley victim and a friend were driving in the Mountain View Area, an unincorporated area of Victorville, and saw a male subject loading the stolen trailer in a yard. The subjects called dispatch to report locating the stolen trailer.

Deputy Justin McLean conducted an investigation and located the vehicles stolen from Apple Valley and Hesperia. The Dodge truck, the enclosed trailer, and all 3 ATVs, worth approximately $61,000, were recovered.

(screenshot of original post made in Victor Valley News)

Deputy McLean’s investigation revealed Devon Bryant and Fania Hagan had been in possession of the stolen vehicles. Bryant was arrested and booked at High Desert Detention Center. Bryant was later released on his own recognizance to appear in court at a later date. Hagan was transported to a local hospital for a medical issue and was not arrested.

Anyone with information regarding this investigation is urged to contact Deputy Justin McLean at the Victor Valley Sheriff’s Station at (760) 552-6801. Callers wishing to remain anonymous are urged to call the We-tip Hotline at 1-800-78-CRIME (27463) or you may leave information on the We-Tip Hotline at www.wetip.com.