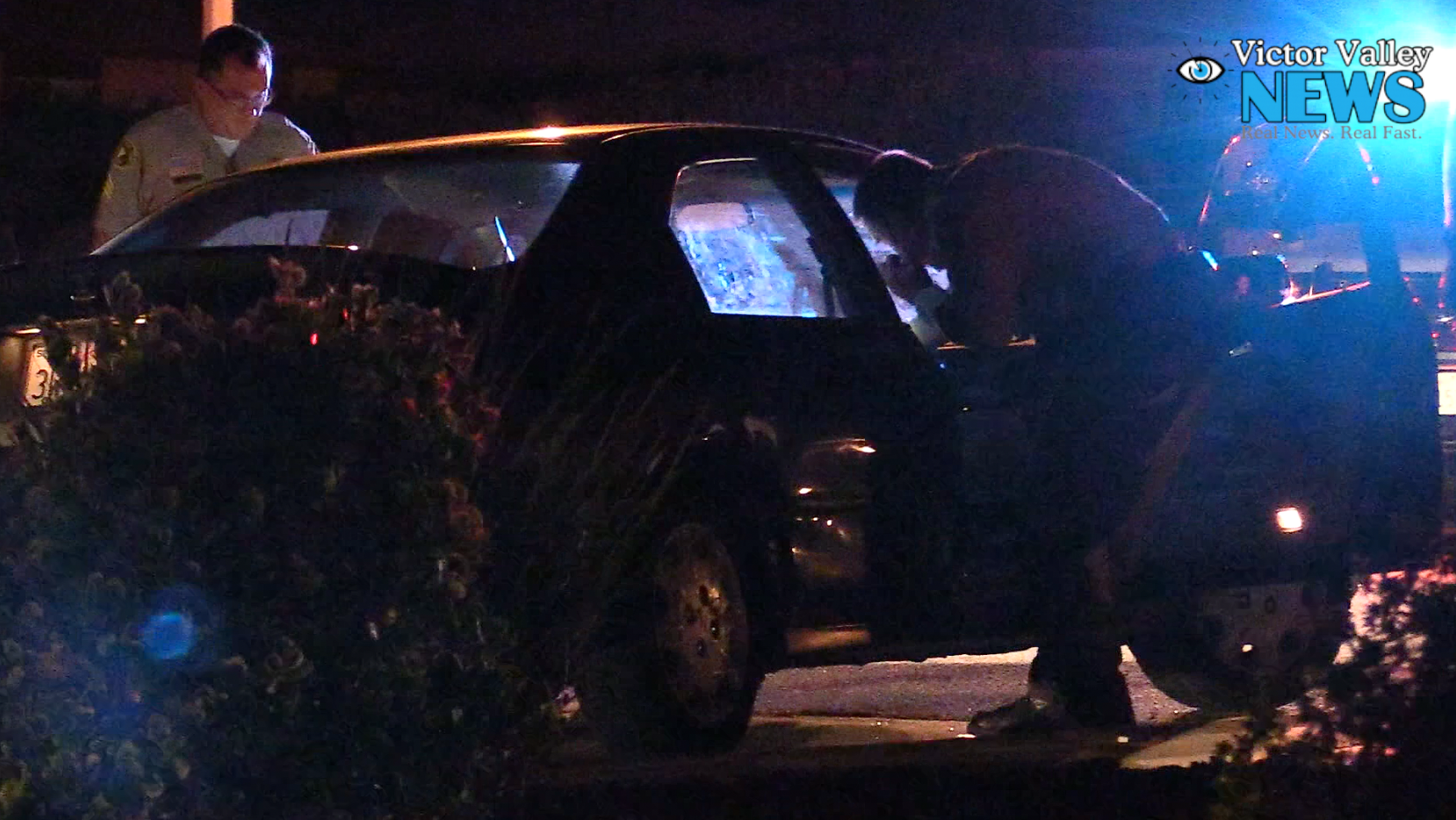 VICTORVILLE-(VVNG.com): A 28-year-old Hesperia man is behind bars following a high-speed pursuit through the streets of Victorville and Hesperia.

On Wednesday, July 22nd at about 11:41 p.m. San Bernardino County Sheriff deputies from the Victorville station located and attempted to stop a vehicle that was reported stolen from West Covina on July 20th. The vehicle was located in the area of Rodeo Drive and Hughes Road occupied by Jorge Martinez.

Martinez, the driver of the stolen green Honda Civic, fled at a high rate of speed through residential areas then continuing westbound on Bear Valley Road then entering the I-15 traveling southbound at speeds up to 95 miles per hour.  He got off the freeway on Main Street and turned onto Key Pointe Avenue in Hesperia. He continued on to Amargosa Road driving back to Bear Valley Road at speeds up to 85 miles per hour.

Martinez drove into the Nisqualli Road and Cypress Street spinning out the vehicle then attempting to drive away. A P.I.T. (precision immobilization technique) maneuver was conducted and disabled the vehicle.

Martinez was arrested without incident was believed to be under the influence at the time of his arrest. While being detained was holding a glass pipe commonly used to smoke methamphetamine. Martinez was booked at the High Desert Detention Center in Adelanto for possession of stolen property and felony evading.