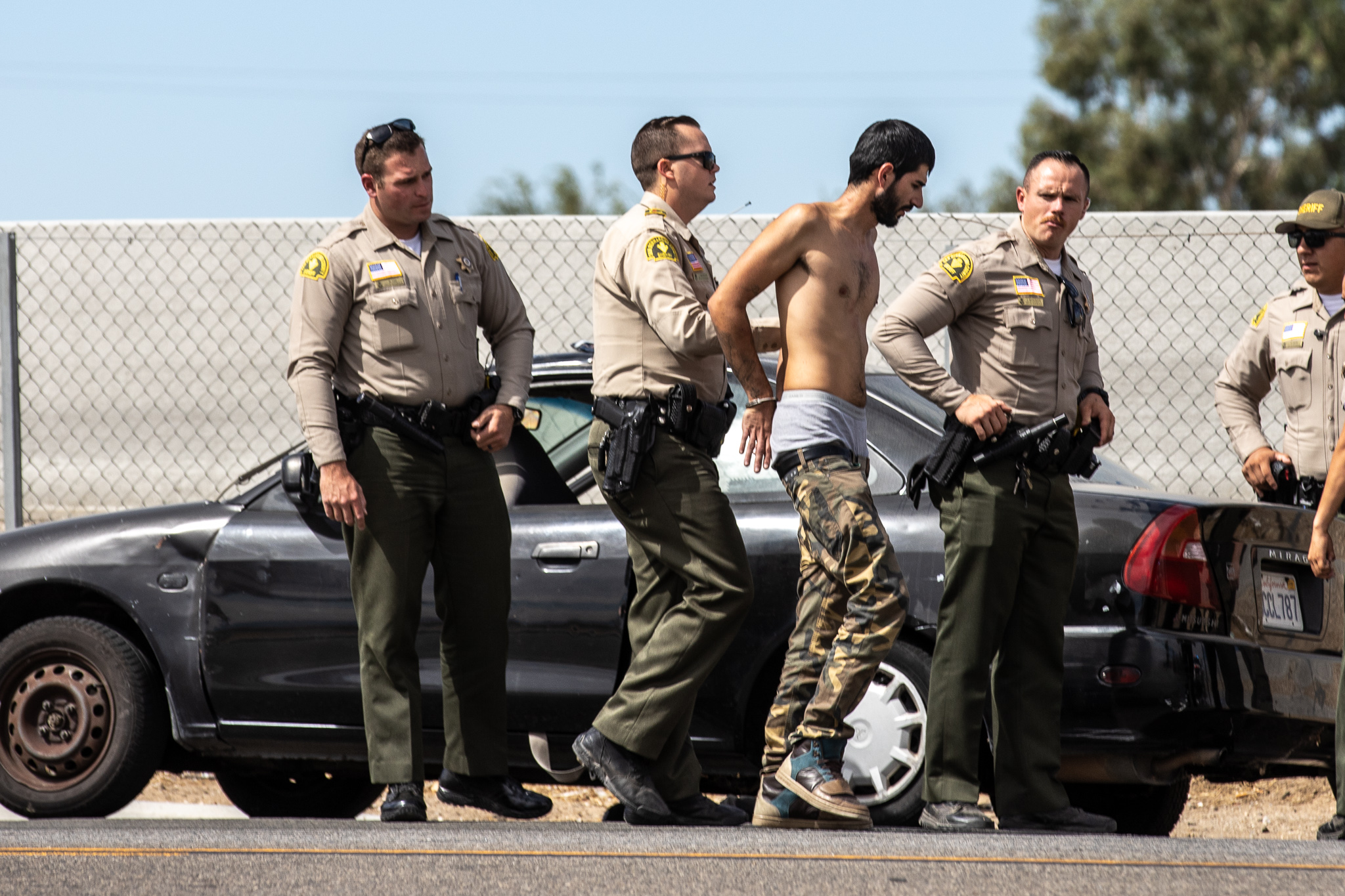 VICTORVILLE, Calif. (VVNG.com) — Two men were taken into custody after deputies conducted a traffic stop on a stolen vehicle Wednesday.

At about 11:30 am on September 25, 2019, Deputies from the Victorville Police department spotted a stolen vehicle heading southbound on Mariposa Road, near the Red Roof Inn.

A male driver and male passenger were detained without incident. Both men were handcuffed and placed in patrol vehicles.

Deputies searching the vehicle located a stolen black handgun and placed it inside a brown paper bag for evidence.

Sheriff’s officials confirmed the vehicle a black 2000 Mitsubishi Mirage was reported stolen out of Hesperia on Wednesday morning.

Sheriff’s officials had no additional information available for release at the time of this article.